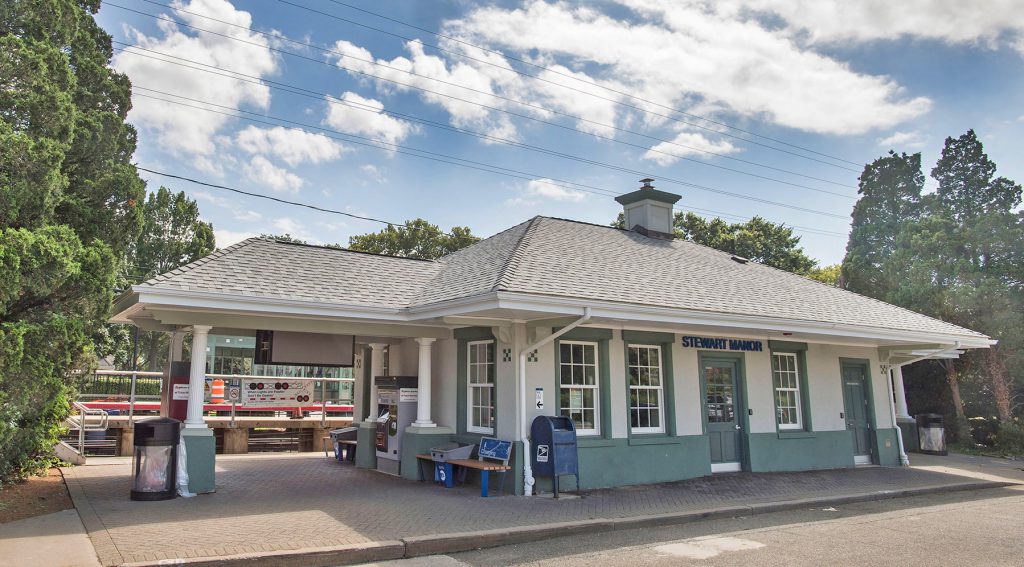 The beautiful LIRR Stewart Manor Station was recently modernized: during the first phase of construction, its platforms were replaced, and the interior and exterior of the station building were renovated. 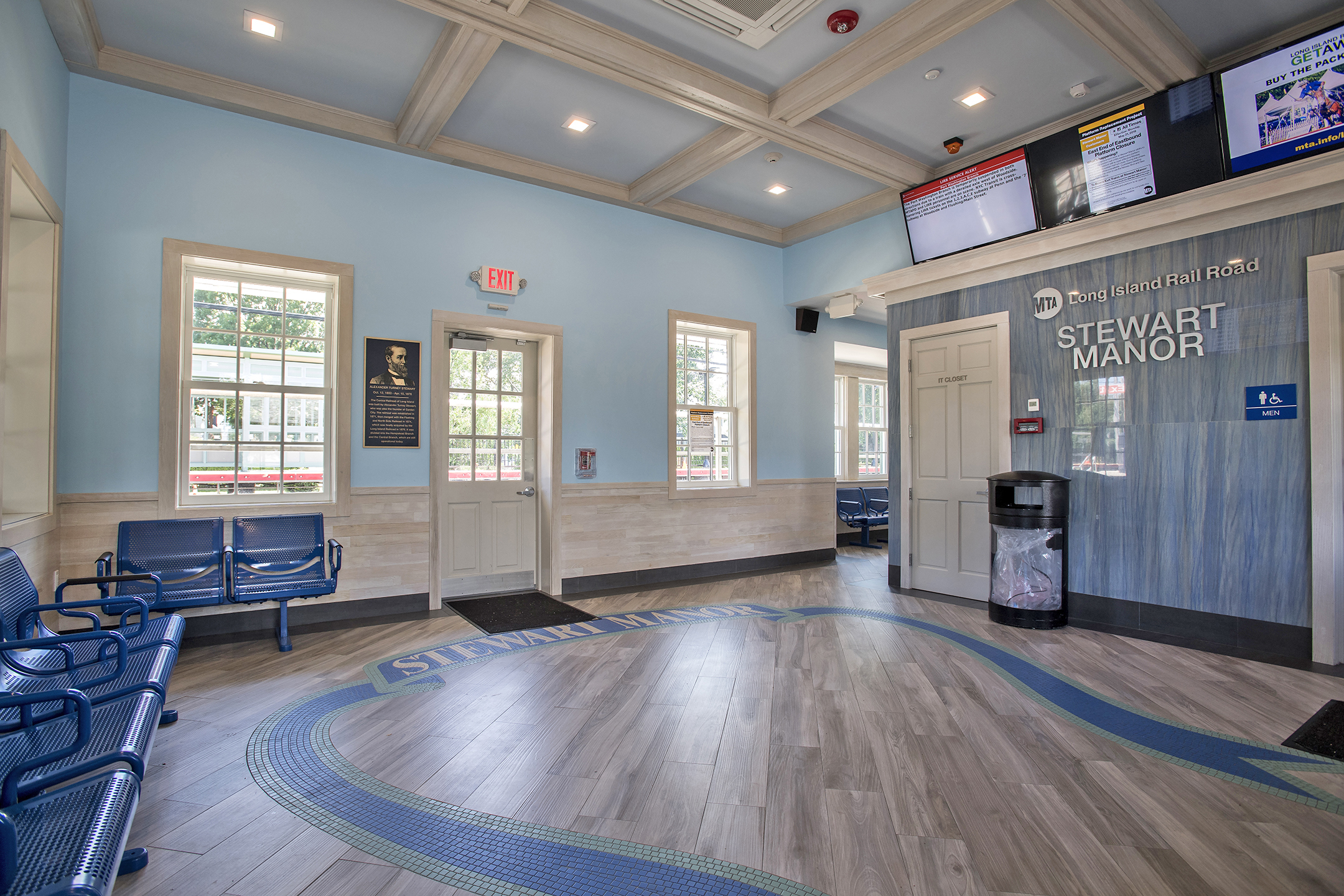 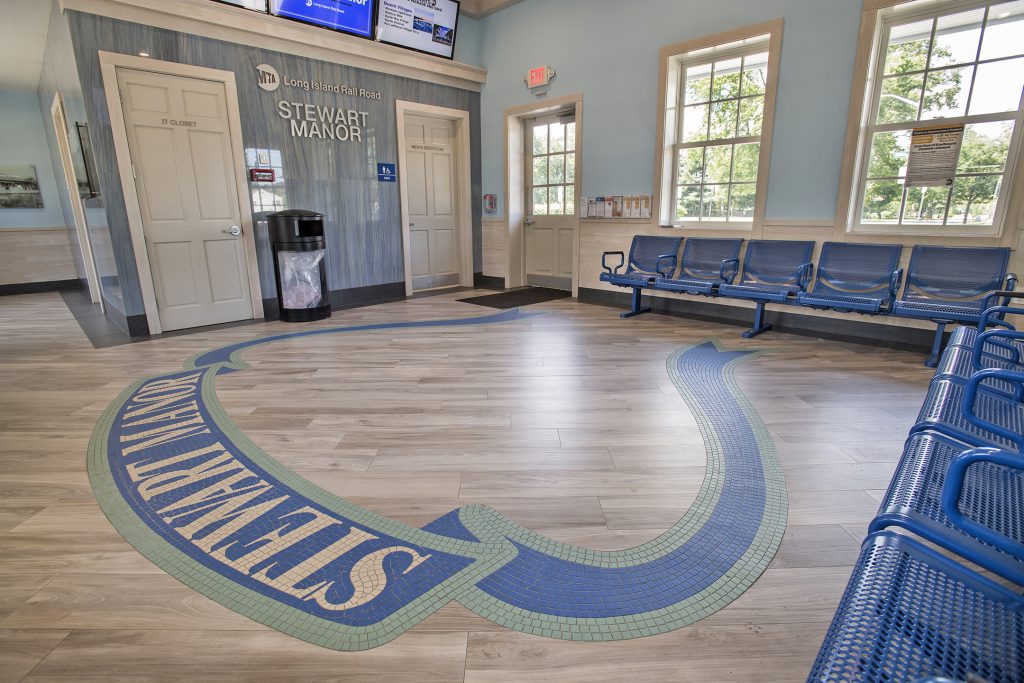 The enhancement of the platform environment and improvements to enrich the customer experience included the addition of shelters featuring CCTV security cameras, LED lighting, MTA help points, new signage and Wi-Fi. New light poles, stairs, concrete work and speaker systems have been installed on the platforms to improve station announcements and customer communications. 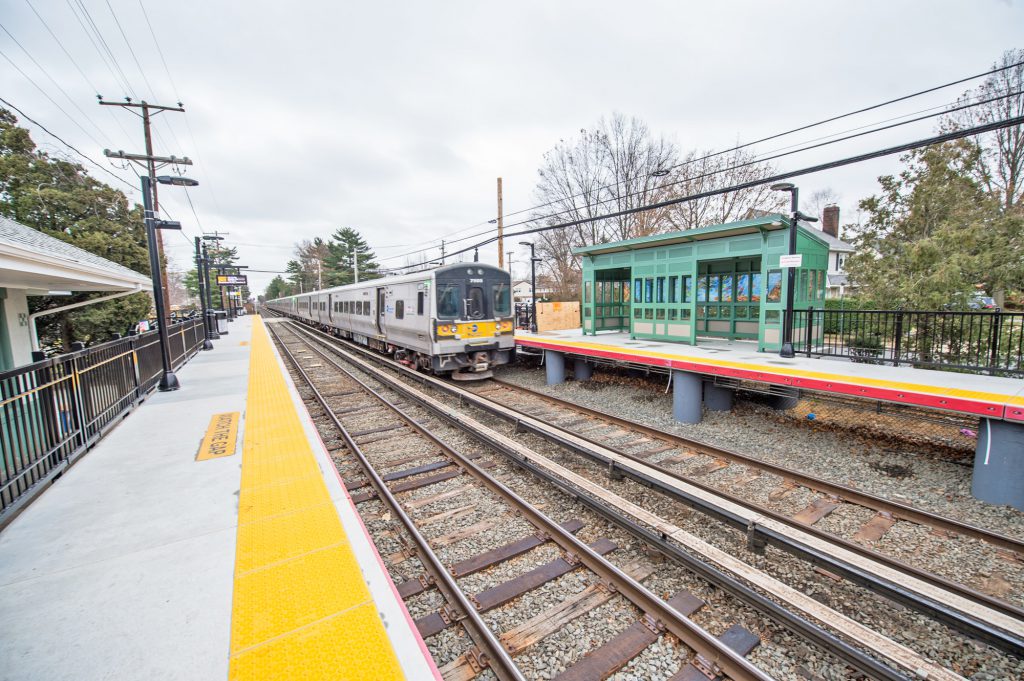 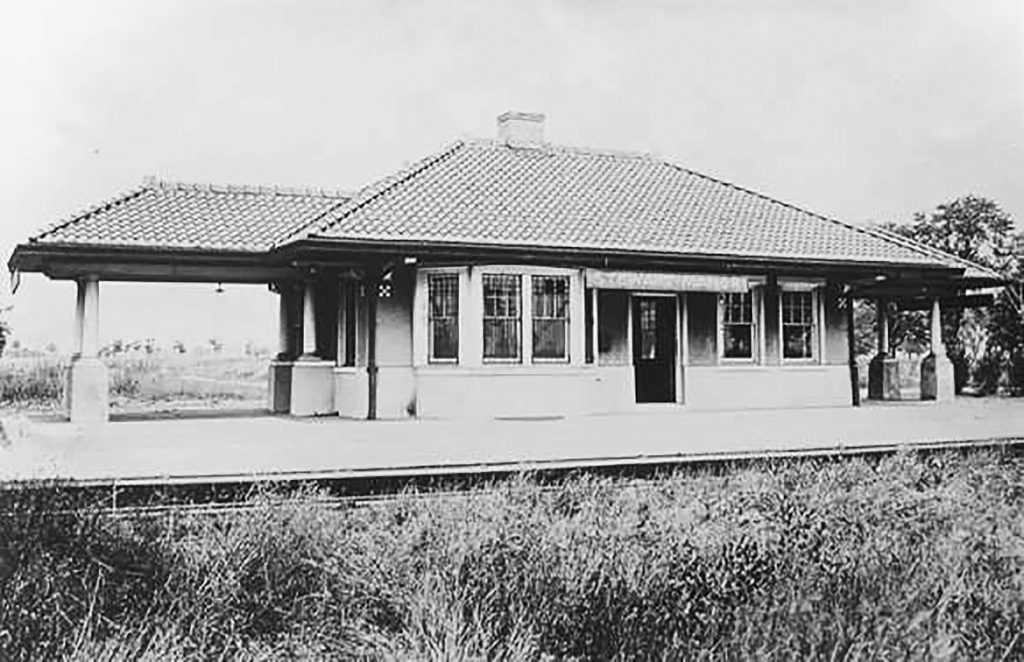 The station plaza is home to two new benches replete with solar USB charging stations and a super-bright, two-sided departures and arrivals screen. 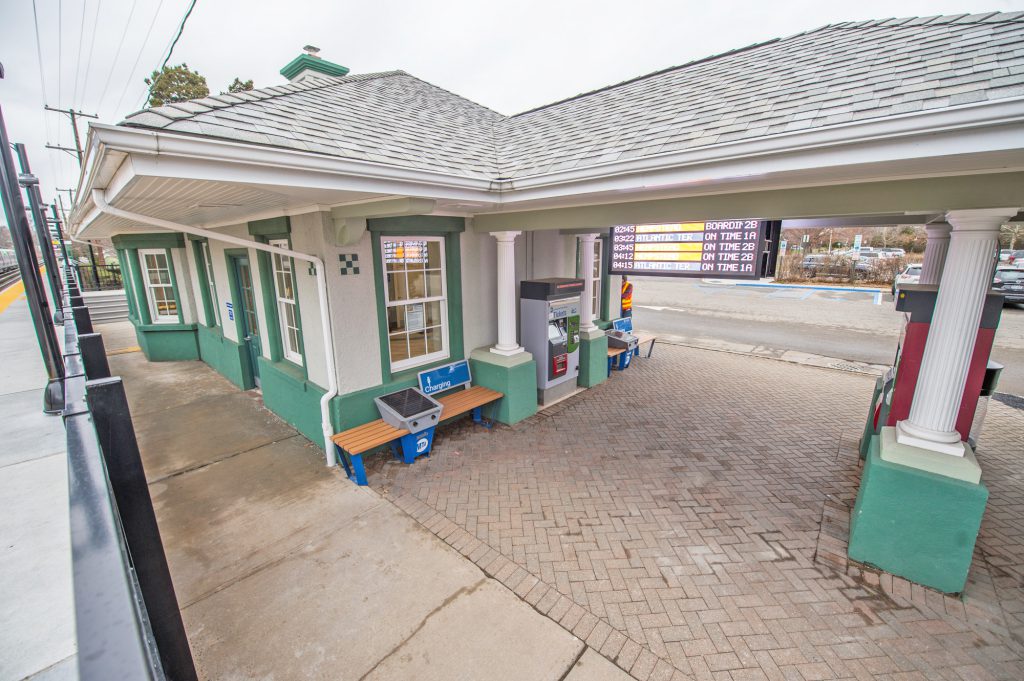 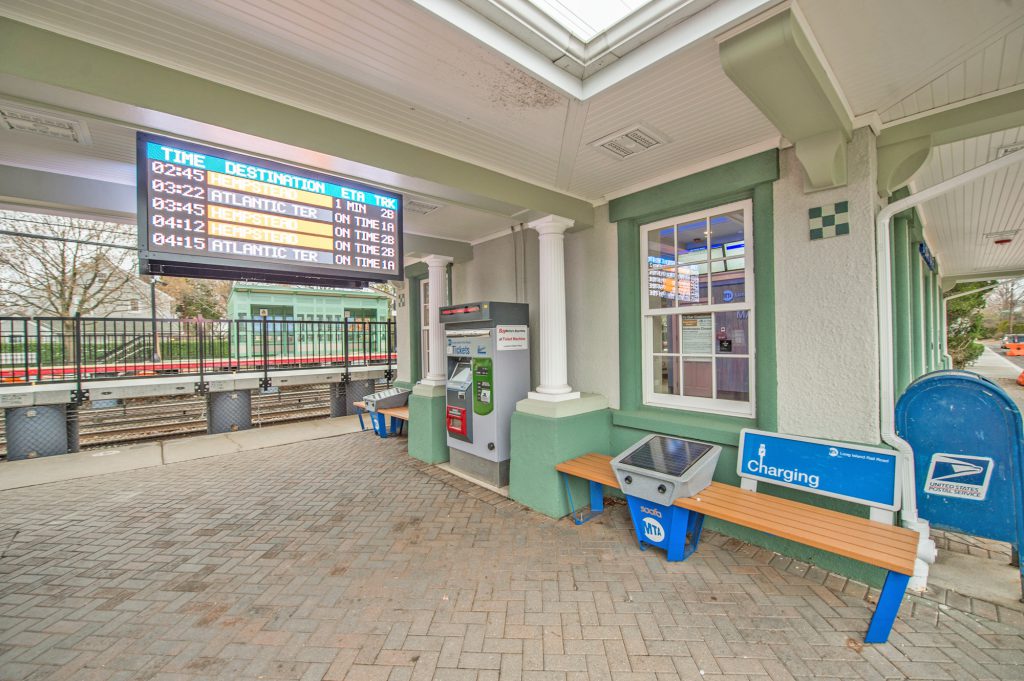 The image of the platforms below is from 1937. 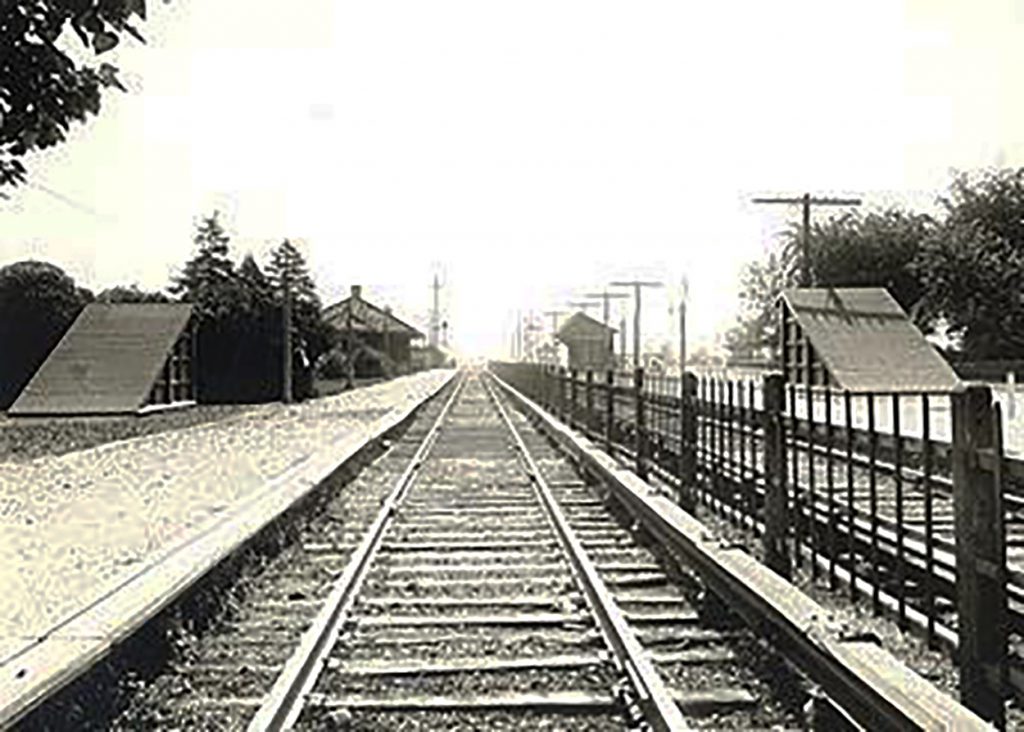 Artist Timothy Hyunsoo Lee created a series of 45 laminated glass panels entitled “Come Back Home” (2018) for the platforms at Stewart Manor Station. Inspired by and derived from a series of original watercolor paintings, “Come Back Home” responds to the landscape of Stewart Manor and to the nearby community. The works take their inspiration from the flora of Garden City, extracting colors from the leaves as they change through the seasons. 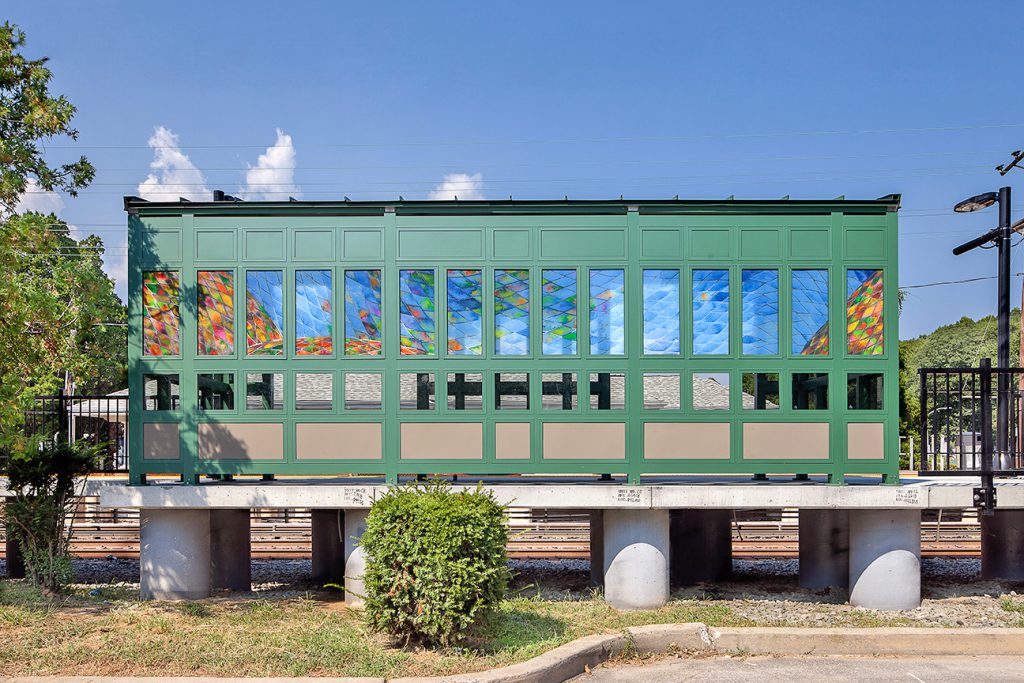 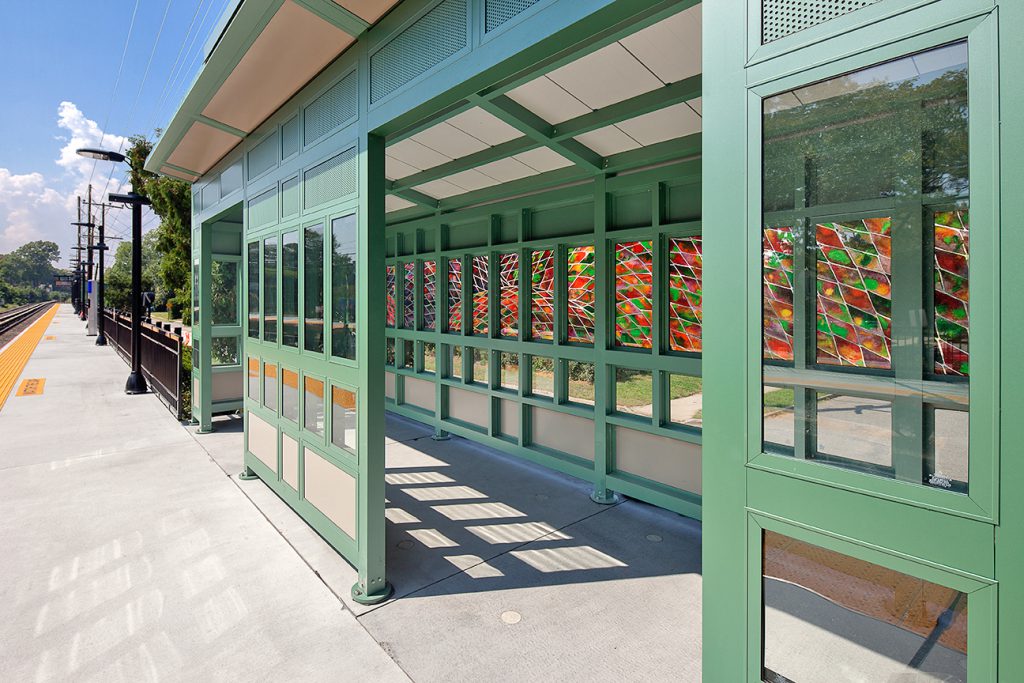 Here’s what the platforms looked like just over 60 years ago, in 1957: 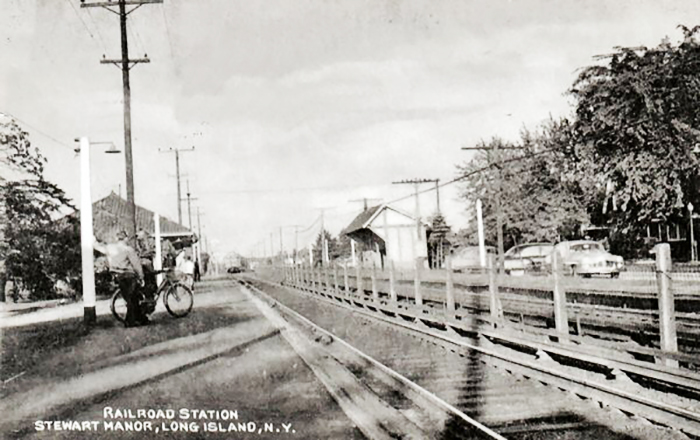 The replacement of the platforms at Stewart Manor and the enhancements to the station are part of a broader LIRR initiative to strengthen and support the growth and development of Long Island and the region. Other recently modernized LIRR stations include Bellmore Station, Deer Park Station, East Hampton Station, Farmingdale Station, Hicksville Station, Merrick Station, Northport Station, Pinelawn Station, Port Jefferson Station, Stony Brook Station, Syosset Station and Wyandanch Station. For more information about these stations and the ongoing modernization of the LIRR, please visit AModernLI.com.