In a remarkable feat of engineering, two massive load transfers were recently completed at the East Side Access project to create space for two future entrances on the 8-track LIRR terminal and concourse being built on the lower track level of Grand Central Terminal.

Below 45th Street, crews placed the massive girder that supports Grand Central Terminal Tracks 41 and 42 (approximately 330K lbs.) on two jacks and lifted the girder so its supporting column could be removed. The girder was reframed to the new permanent structure, and a clear opening was created for the future entrance into a new building to be built on the corner of 45th Street and Madison Avenue. 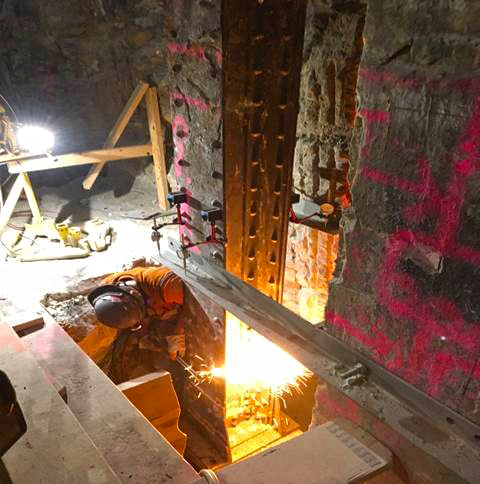 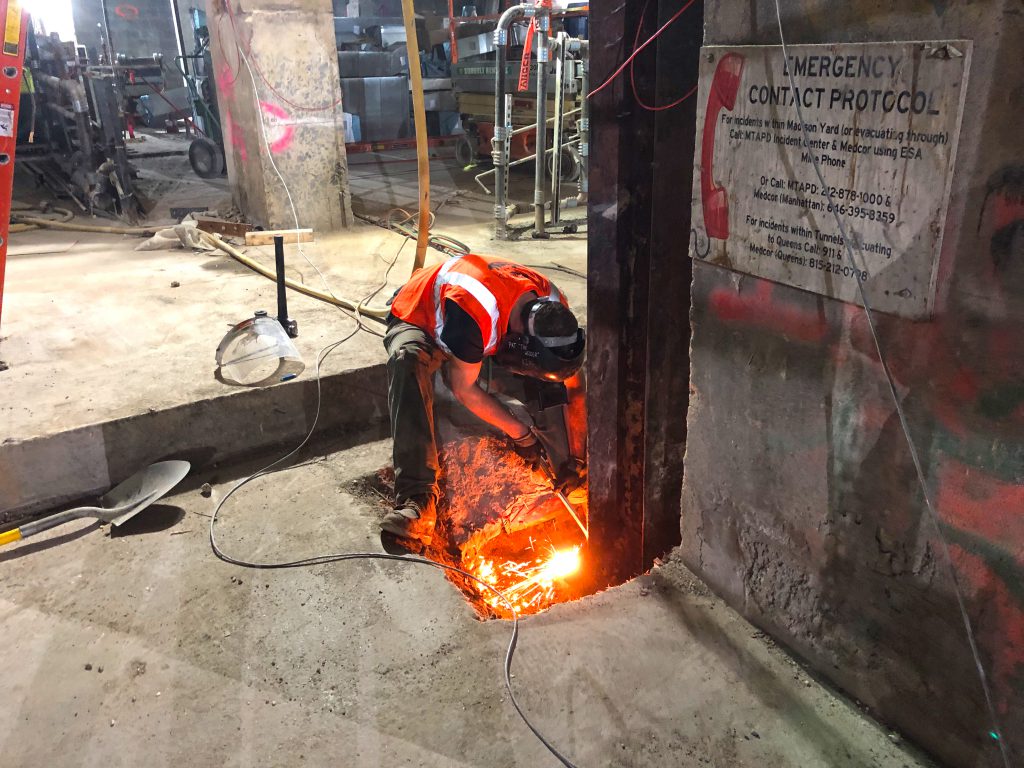 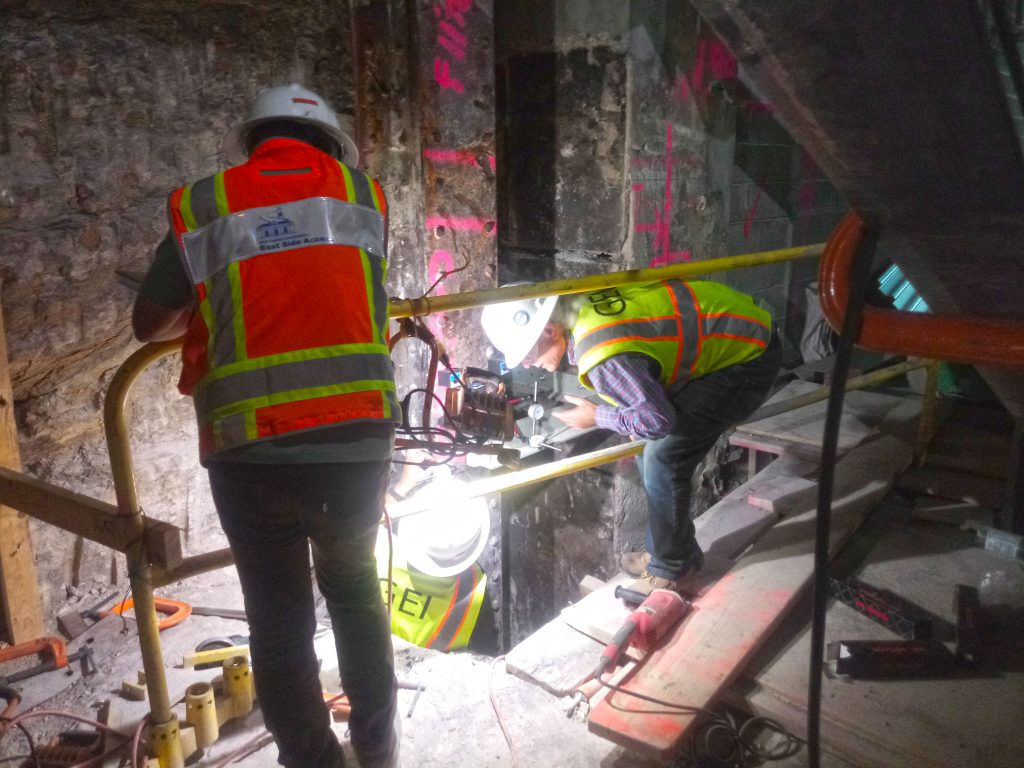 This process was then repeated to create clearance for the escalator and stairway that will provide direct access to the 47th Street cross passageway at Grand Central Terminal. This load transfer required the closure of 47th Street between Park and Madison Avenues, since the column supported a portion of the street above – a 30’ section of the column was removed and reframed to a new permanent structure. To complete this transfer of approximately 200K lbs., crews exposed the column’s foundation and removed its anchor bolts so the column could be moved vertically during jacking; once the column was jacked up it was bolted to the track girders, cut and removed. 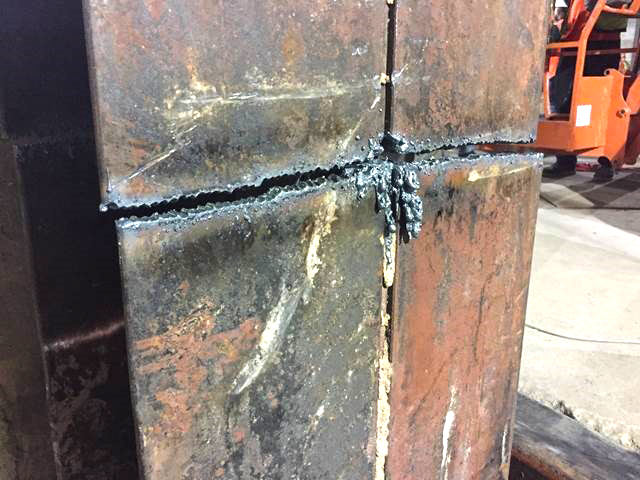 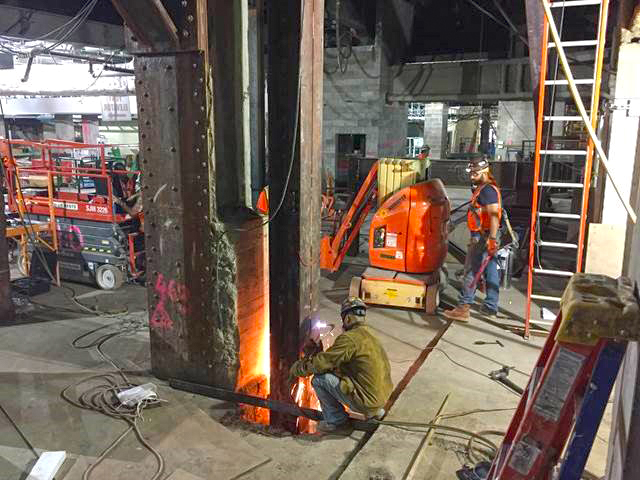 The installation of escalators between the future Long Island Rail Road passenger concourse and the terminal – which has a total of four passenger escalator wellways and 17 high-rise escalators – continues. Each escalator wellway aligns to a cross street above the concourse at 45th, 46th, 47th and 48th Street; escalator components were installed last year at 47th Street.

East Side Access is one of the largest transportation infrastructure projects currently underway in the United States. The project provides new, direct LIRR service into a new concourse below Grand Central Terminal on Manhattan’s East Side, reducing commutes into Manhattan by up to 40 minutes. The project encompasses work in multiple locations throughout Manhattan and Queens and includes more than eight miles of tunneling.

East Side Access is an integral component of the broader LIRR system expansion initiative to help reduce passenger crowding, train congestion and automobile traffic, and to provide connections with additional regional transportation options such as Metro-North Railroad and New York City Transit subways; East Side Access will also alleviate train and passenger congestion at New York Penn Station and its neighboring subway stations. Passengers traveling from Midtown East will enjoy easier access to JFK International Airport via the AirTrain at LIRR’s Jamaica Station.