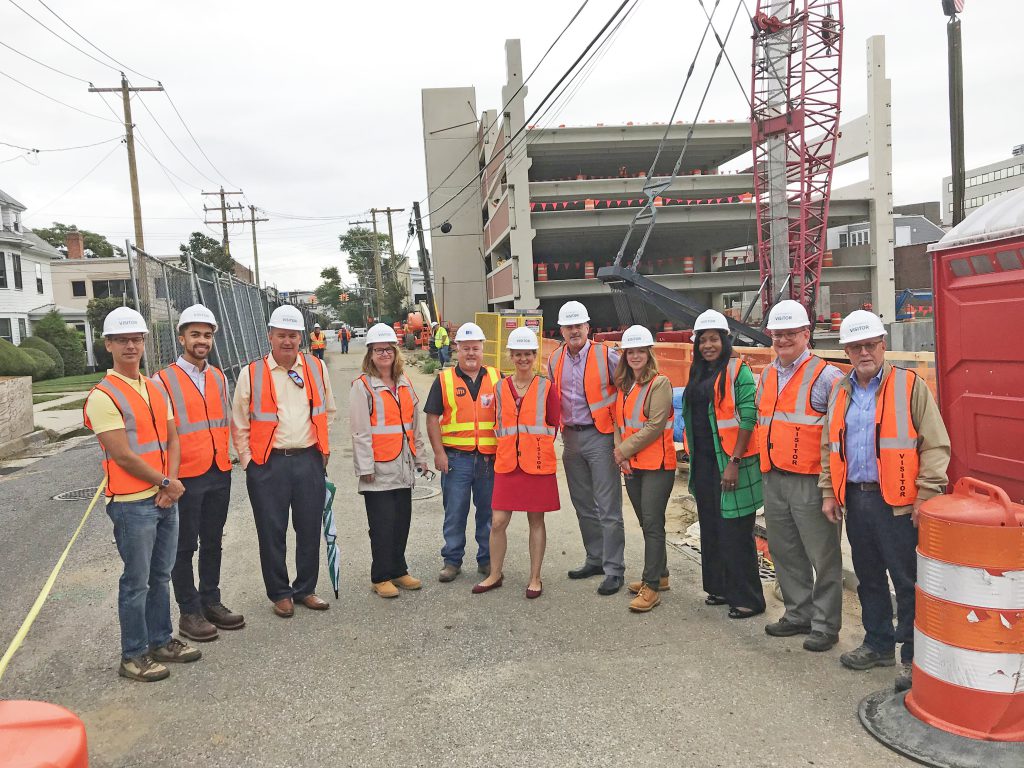 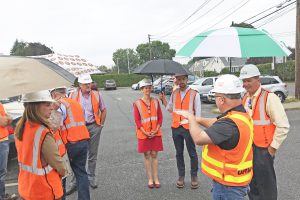 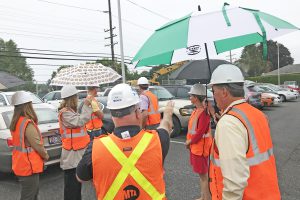 The group then made a stop at the first destination on the tour along the project corridor that stretches from Floral Park to Hicksville, the Mineola Harrison Avenue Parking Structure, where McGuiness explained the construction approach that includes excavation, concrete pours and the rapid assembly of precast sections, which has topped out on the east side of the site. 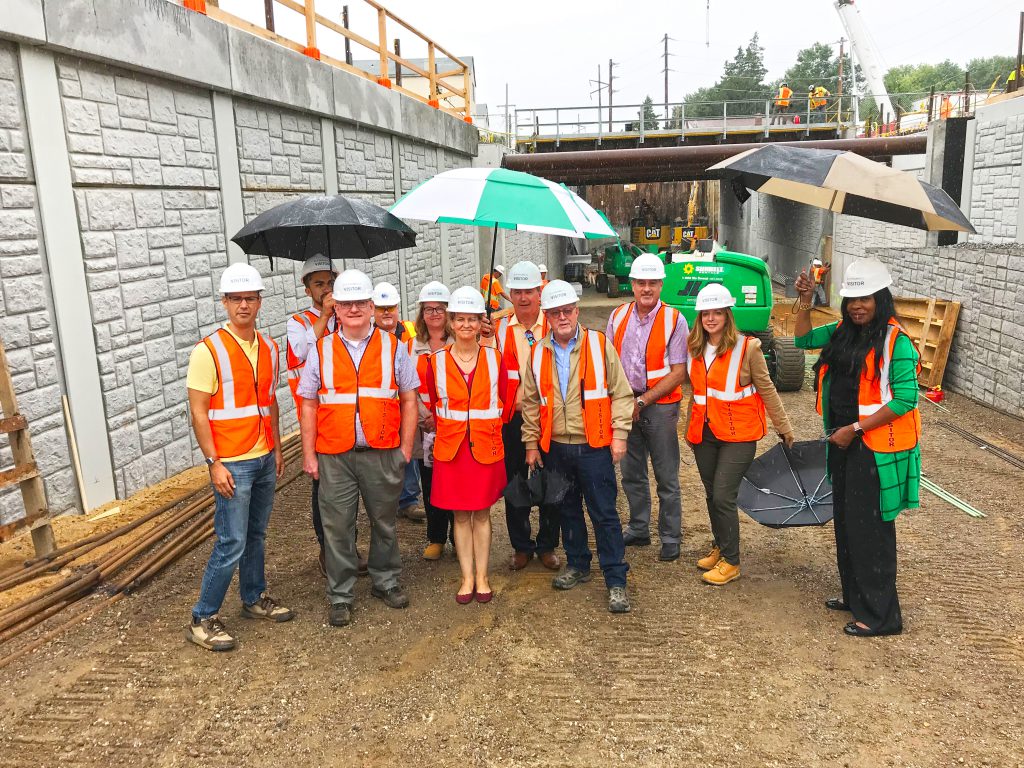 The next stop on County Executive Curran’s tour was the Merillon Avenue LIRR Station where the group observed how major station elements like new, longer platforms are being constructed. McGuiness also showed Ms. Curran and her staff the new Nassau Boulevard Bridge, which is currently being built on site adjacent to the Main Line tracks, and explained the process for rolling the large bridge into place, which is scheduled for the weekend of October 5-6.

The last stop on the tour was the Covert Avenue Grade Crossing Elimination Project, where the group walked under the new three-track bridge that was pushed into place over the weekend of August 24-25, the fourth bridge installed by the LIRR this summer. McGuiness explained the roll-in process to the group and detailed the work to be done between now and October, when the underpass roadway is scheduled to reopen.