The new Wyandanch Station is officially open. As part of the Double Track Project, the LIRR built two new 12-car-long platforms that include a snow melt system, a pedestrian overpass with elevators, new stairs, new canopies and new platform shelters. The interior of the station features Terrazzo tile floors, a wood-paneled ceiling and chandeliers. The new ADA-accessible station provides the 4,200 daily LIRR customers who use the station with a full slate of amenities, including benches, bike racks, digital signs, MTA Help Points, USB charging stations and free Wi-Fi. Construction at Wyandanch Station began in November 2017. Work at the station was conducted in several phases, and at an expedited pace, to minimize the impact on train service and the local community.

LIRR partnered with the Town of Babylon and Suffolk County in the site location and design of the new Wyandanch Station Building, as the station forms the heart of the Wyandanch revitalization effort known as Wyandanch Rising. The station is now an important civic structure in a transformed downtown, a point of pride for the people of Wyandanch and part of a larger economic engine designed to inspire people to live in Wyandanch and in other cities along the LIRR. 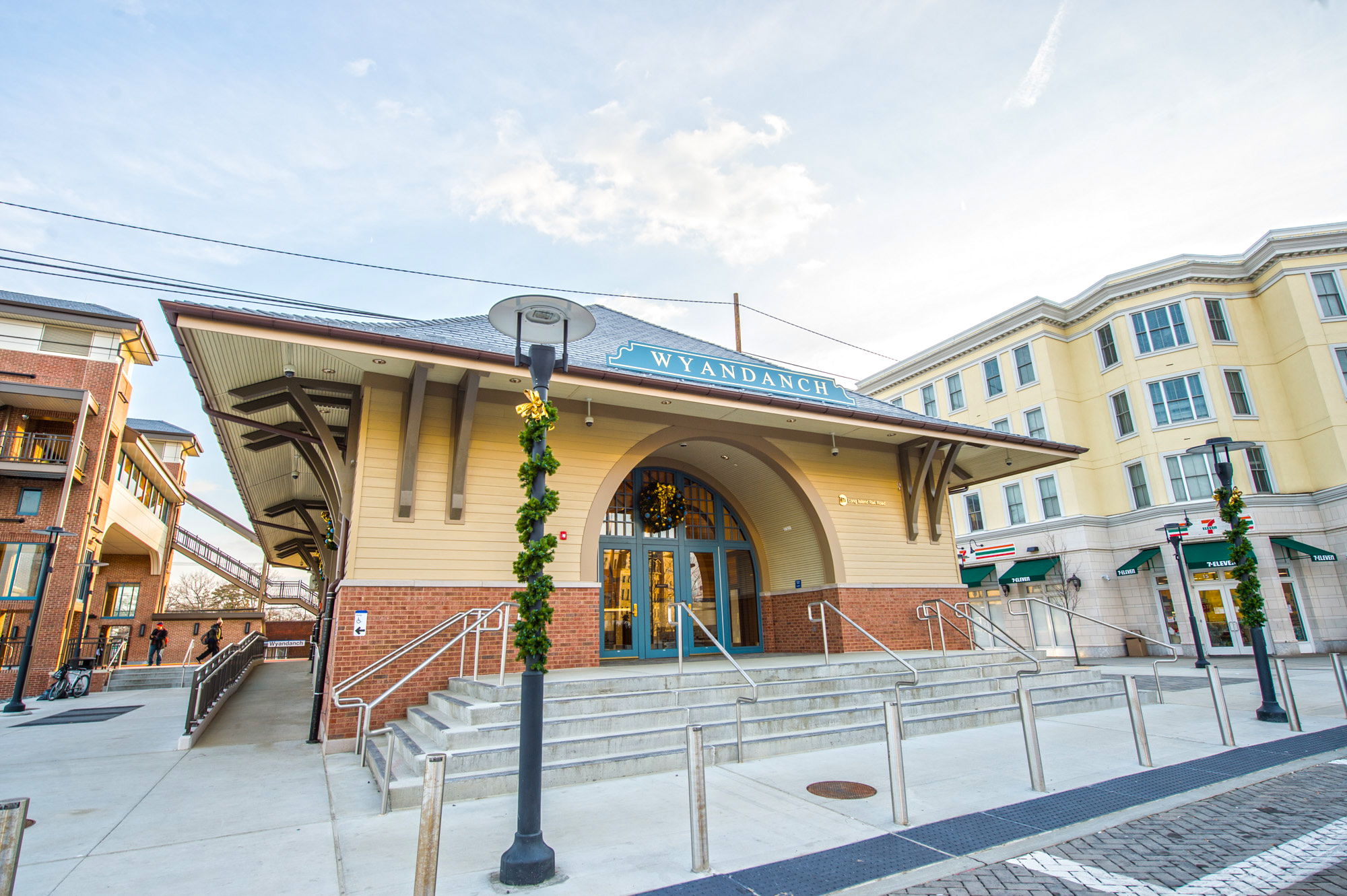 Wyandanch Station is part of the Long Island Rail Road’s ongoing, system-wide effort to upgrade, modernize and beautify many of its stations, and one of its gems is Wyandanch Station. As part of the Double Track Project, the LIRR built two new 12-car-long platforms that include a snow melt system,… 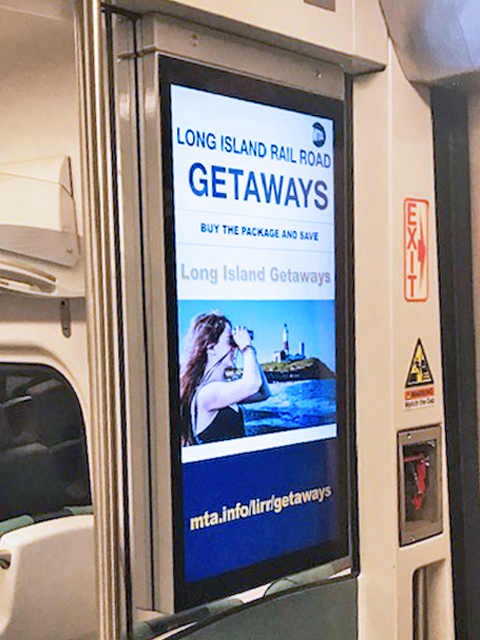 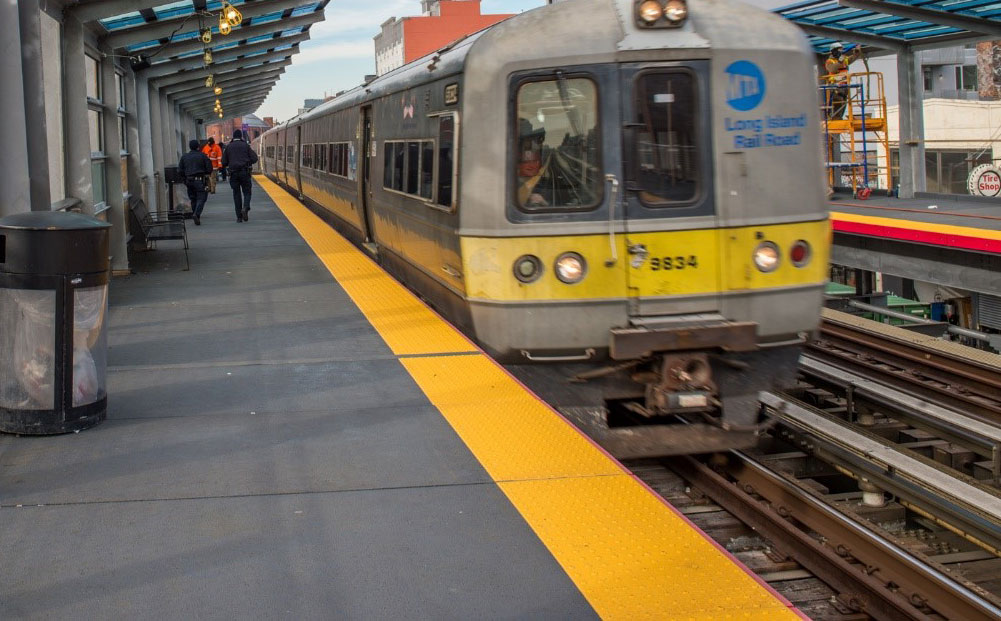 Whether by seeing or feeling, passengers know they’re at the edge of a train platform thanks to these ubiquitous bumpy yellow tiles. Invented by Seiichi Miyake, the first tactile warning strips we installed in Okayama, Japan on March 18, 1967 next to a school for the blind. To this day… 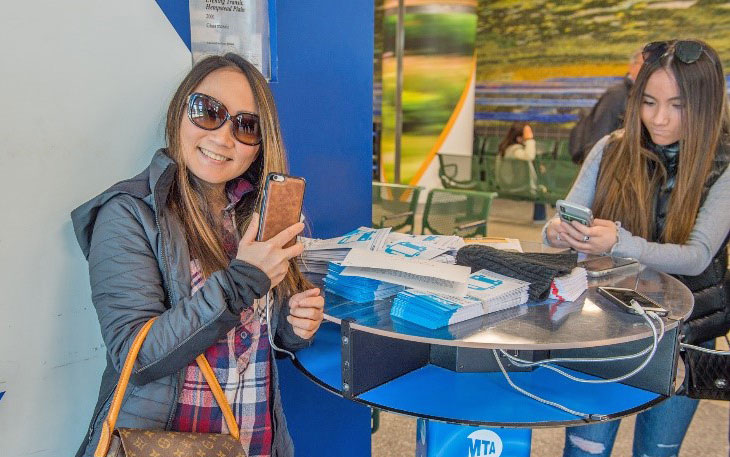 If you’re waiting for a train – or you’ve just stepped off one – and your smartphone or tablet or laptop is out of power, the LIRR has a solution for you: you can now find freestanding USB charging stations and/or technology counters at 19 LIRR stations. These stations are:… 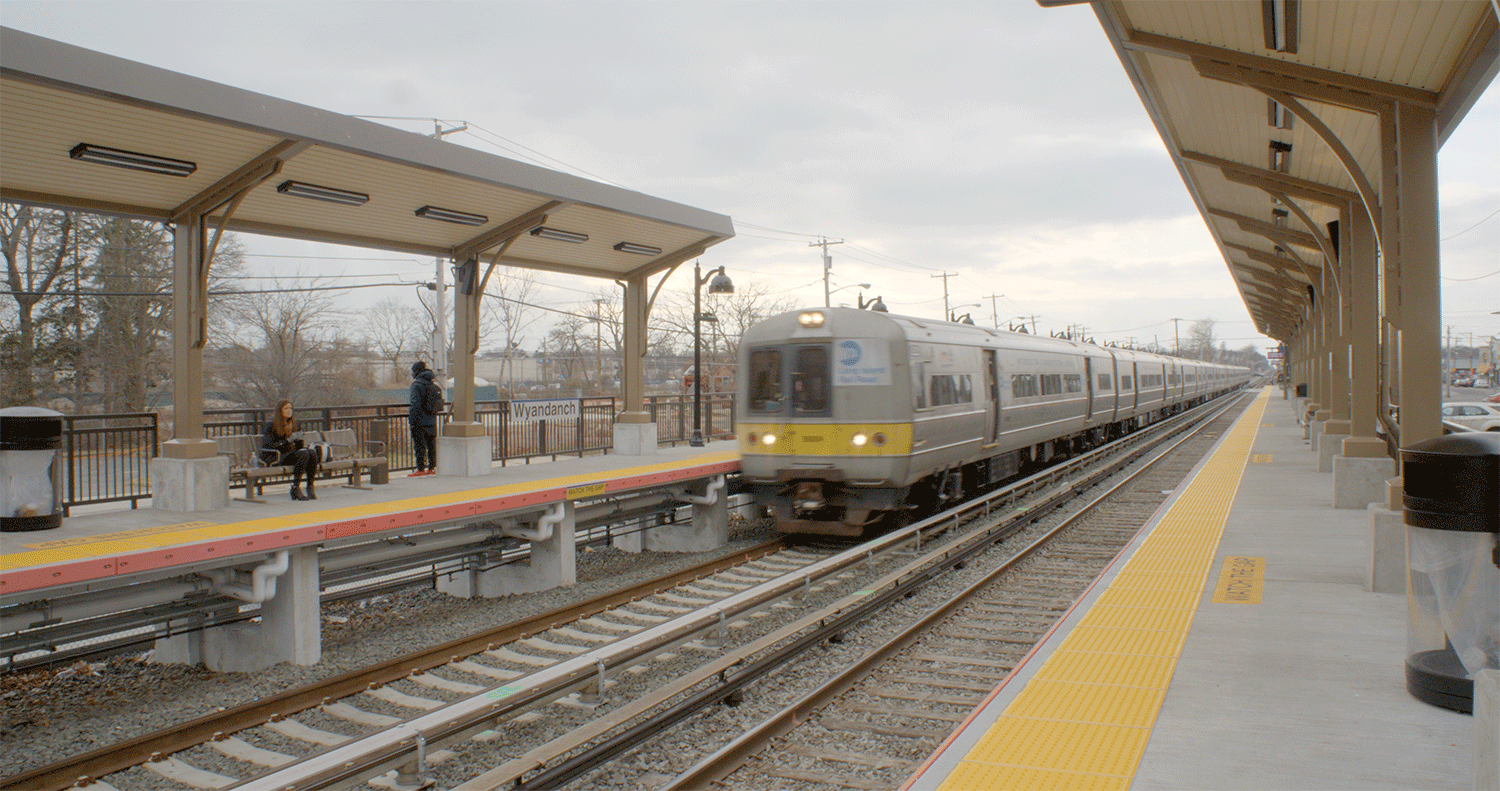 At about 9:15 a.m. on Monday, February 4, a broken rail was discovered on LIRR’s Ronkonkoma Branch near Deer Park on Long Island. LIRR workers responded, fixing the rail by 11:45 a.m., enabling LIRR to operate around the site of the broken rail with minimum service impacts. All thanks to…

To celebrate Valentine’s Day 2019, AModernLI.com is delighted to announce its 2018 Art Guide! Created in collaboration with MTA Arts & Design, the guide includes the location and an image of each work of art installed at LIRR stations in 2018. There were a total of ten art installations at… 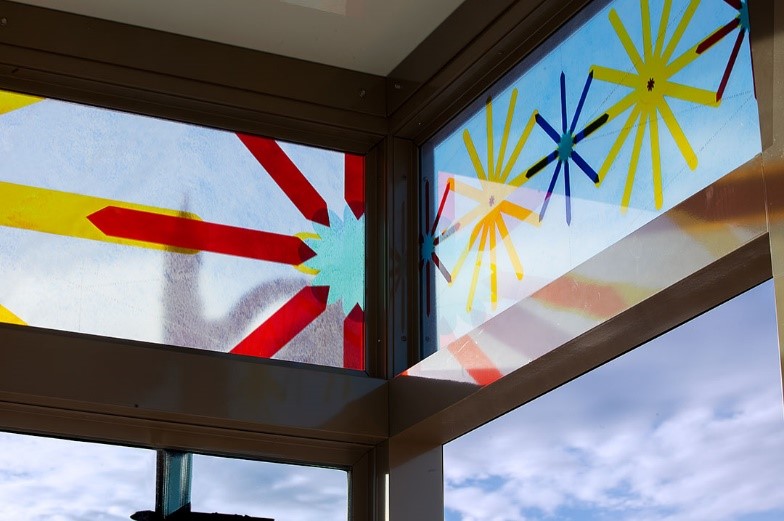 “American Season: Wyandanch” (2018) by Mary Judge has been installed in the pedestrian overpass at Wyandanch Station; Judge also designed the terrazzo floor, “American Season: Terra Firma” (2018), in the station house. “American Season” is a meditation on seasonal changes, living in harmony with nature and each other, and societal…

The 6:07 a.m. train from Penn Station, which previously had terminated at Farmingdale, is now extended to Wyandanch, Deer Park, Brentwood, Central Islip, and Ronkonkoma, where it connects with a train making all North Fork stops and due into Greenport at 8:54 a.m. This pairing of an extended train and…

END_OF_DOCUMENT_TOKEN_TO_BE_REPLACED 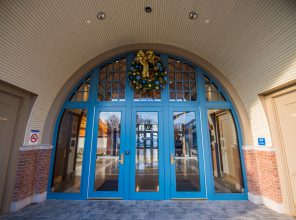 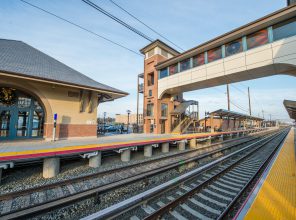 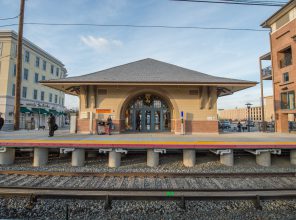 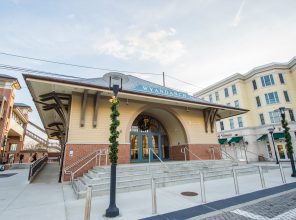 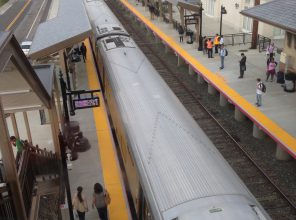 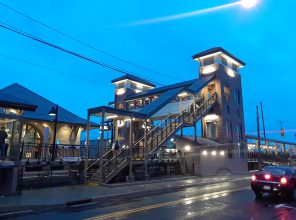 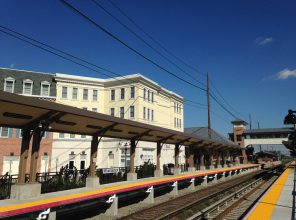