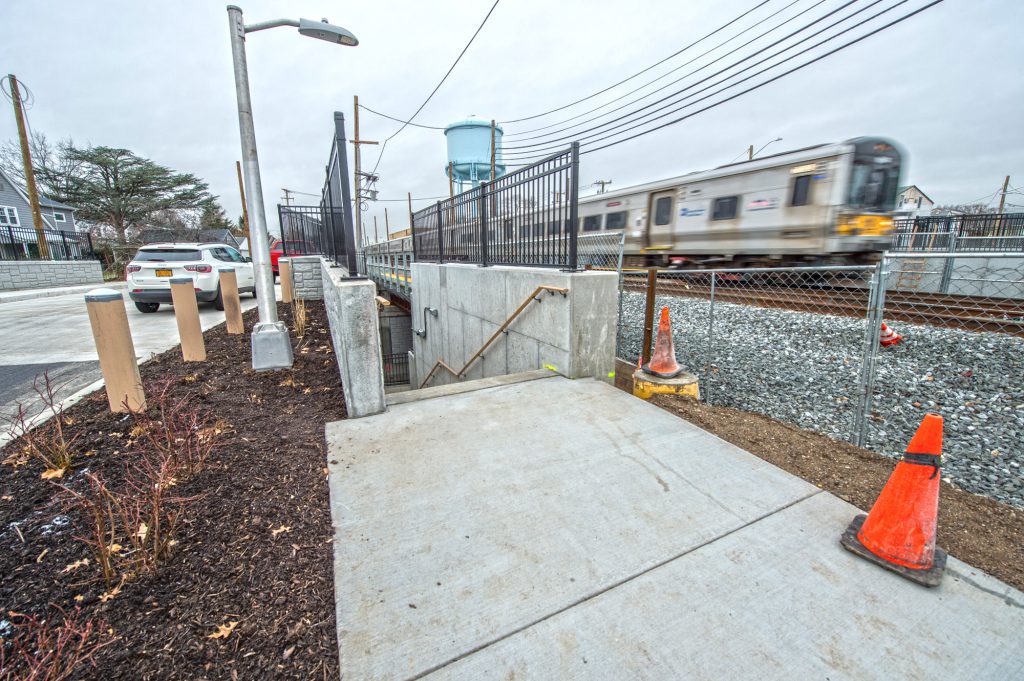 The Covert Avenue grade crossing in New Hyde Park has been eliminated and reconstructed to provide a two-lane grade-separated underpass with a pedestrian sidewalk on the east side of the underpass. The roadway beneath the underpass was officially opened in October 2019, and the opening of bridges on 2nd and 3rd Avenues, which run parallel to the railroad tracks, put the finishing touch on the fifth major milestone the MTA achieved on the LIRR Expansion Project in 2019.

The Covert Avenue grade crossing long posed a safety risk to drivers, pedestrians and LIRR customers, contributed to noise and air pollution and caused lengthy commutes for both drivers and LIRR customers. Previously, as trains approached the station, grade crossing gates were in the down position 32 to 42 percent of the time during AM and PM peak hours, respectively, and six fatal crashes at grade crossing locations in the LIRR Main Line corridor occurred between 2007 to 2017. 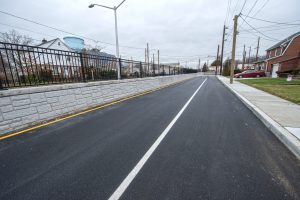 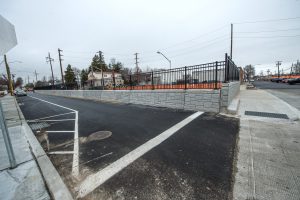 In addition to the elimination of the Covert Avenue Grade Crossing, a new bridge was installed over Urban Avenue in New Cassel, and the Cherry Lane Bridge in Carle Place, the S. Tyson Avenue Bridge in Floral Park and the Nassau Boulevard Bridge in Garden City were all replaced. The five projects, part of the LIRR Expansion Project from Floral Park to Hicksville, were undertaken to enhance safety and improve the quality of life in these communities and to improve the reliability of the LIRR. The new bridges, at a height of 14 feet, will virtually eliminate truck strikes, while the new underpasses will decrease traffic back-ups by eliminating crossing gates, reducing emissions from idling vehicles and the need for crossing gate bells and train horns. 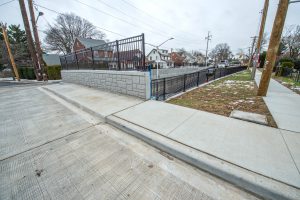 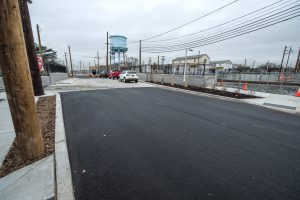 “We have four more existing bridges to replace and six more at-grade crossings to eliminate over the next 35 months,” said MTA Chief Development Officer Janno Lieber. “The LIRR Expansion Project is moving forward at an extraordinary pace, which is why it is the model project for how we are changing the way we manage large capital projects to do them smarter, faster and better.”

“With each element of the LIRR Expansion Project that is completed our railroad gets a little bit healthier and less prone to potential challenges,” said LIRR President Philip Eng. “Even before the third Main Line track is placed we are receiving benefits, because raising the height of bridges prevents over-height trucks from striking the bridges, which creates train delays.”

The construction of a third track from Floral Park to Hicksville will reduce train congestion and delays and enable true bi-directional service during peak hours with a more reliable rail network. This transformative work includes several related projects, including the construction of retaining walls, improvements to rail bridges and the removal of eight street-level grade crossings. Construction is being managed to minimize the impact on daily routines, with extensive mitigation and public outreach efforts in local communities. For more information, please visit the LIRR Expansion Project Floral Park to Hicksville project page on AModernLI.com.