All this Construction. . . But Where Are The Tracks?

But what about the actual track? With all this major construction to support the project, there hasn’t been any track installed – until now. 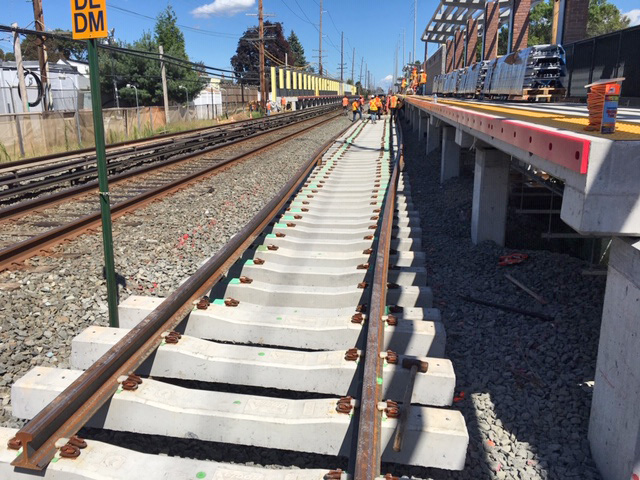 The project’s schedule calls for the third track between Floral Park and Hicksville to be among the last components of the project to be completed, but the first section of track has now been laid at the Merillon Avenue Station in Garden City, which is currently being completely rebuilt. A temporary platform will be built over the newly installed section of third track so customers can continue to access trains safely until the entire project is complete.

A similar process will soon occur at the Mineola station, which also is undergoing a complete rebuild.

Once the third track is ready to be put into service at the end of 2022, the temporary platforms will be removed. In all, nearly 10 miles of brand new track, completing the ‘third track’ corridor, will be installed. The construction of a third track from Floral Park to Hicksville will reduce train congestion and delays and enable true bi-directional service during peak hours with a more reliable rail network. This transformative work includes several related projects, including the construction of parking garages, retaining walls, improvements to rail bridges and the removal of eight street-level grade crossings. Construction is being managed to minimize the impact on daily routines, with extensive mitigation and public outreach efforts in local communities.

The Importance of Interlockings

But just a third track alone doesn’t necessarily provide customer benefits. The LIRR needs a way to get trains onto and off the third track. That’s where interlockings – a series of switches that move trains to different tracks – come in. Work is progressing on the installation of two new interlockings – Nassau 1 and Nassau 3. 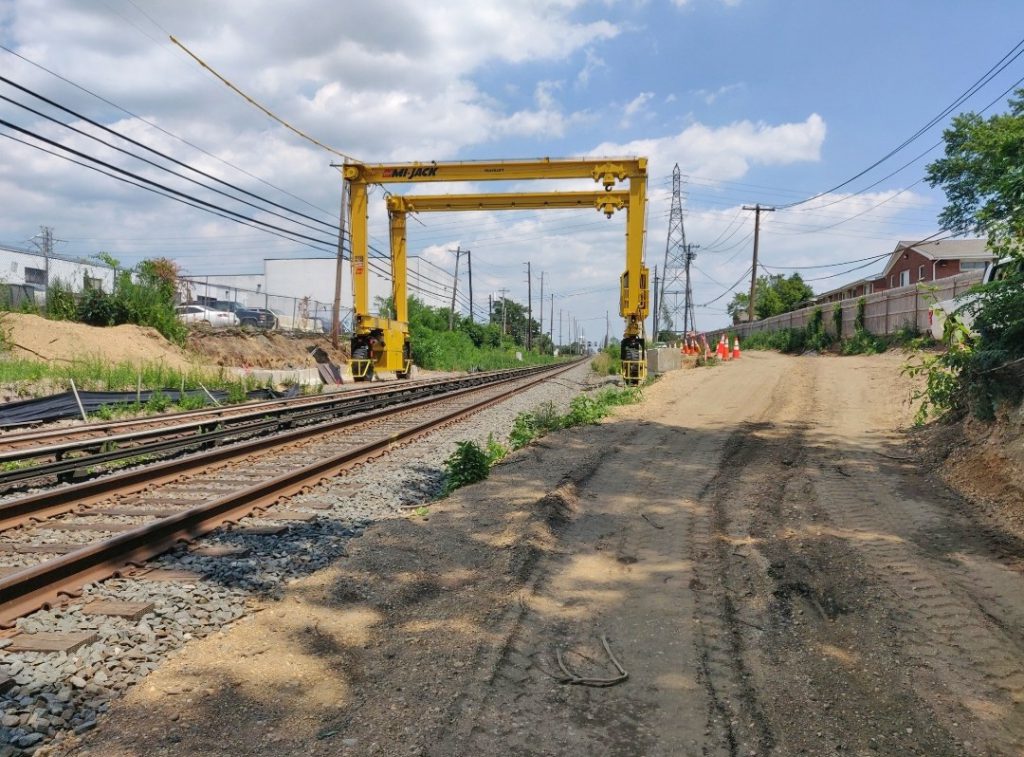 At Nassau 1, located just east of the Merillon Avenue station, the six switches making up the interlocking are now installed and crews are working on signal and train control installation. Cutover of the new interlocking is scheduled for early next year, followed by installation of the third track in the area. Installation of Nassau 3, located east of the Mineola station, is getting into high gear, with a gantry crane now in position, which will move the switches into place in the coming weeks.

In order to accomplish this, service outages are necessary during several weekends on the Main Line. LIRR planning and operations make sure that alternate service is provided this during these outages while this enormous project is being built.

Exciting news for an exciting project. The LIRR Expansion Project continues on budget and on time, with train service expected to begin on the new track at the end of 2022.