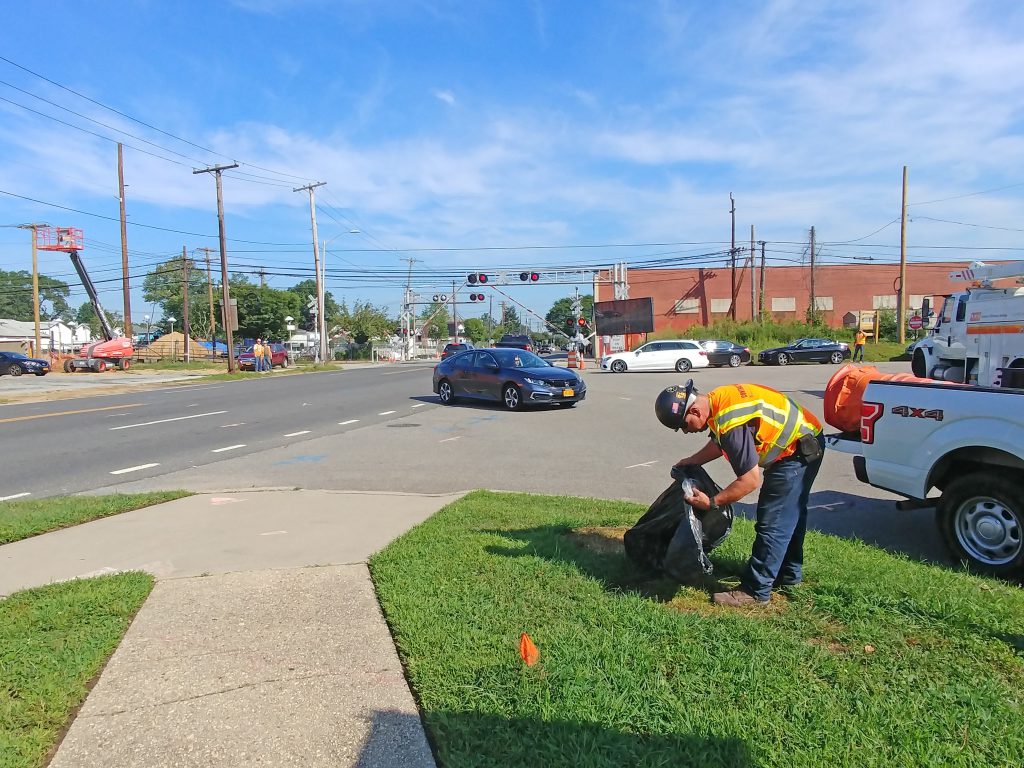 The LIRR Expansion Project team is continually working to meet community and environmental commitments throughout the project corridor as construction of this important infrastructure initiative progresses. In Garden City, the outreach team has worked to keep the community informed about ongoing work and minimize interference from construction activities. Responding to feedback, contractor 3TC’s representatives Andy Kraus, community Ambassador to Garden City, and Dennis Feeney mobilized the team to remove debris near the New Hyde Park Road grade crossing and refined the construction team’s housekeeping protocols accordingly. 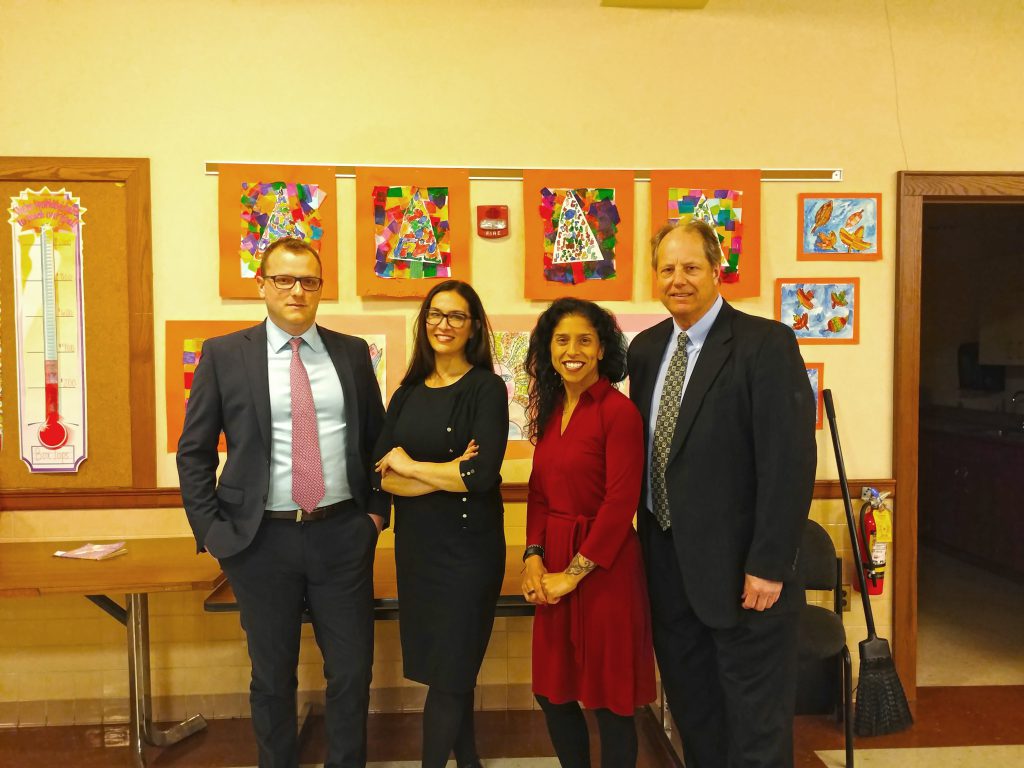 Among his duties, Kraus ensures that details of construction elements reach entities like the Department of Motor Vehicles for Nassau County, to advise them of a temporary detour plan related to the Nassau Boulevard Bridge replacement and to ensure that student drivers’ test routes remain unaffected during construction. The team also worked closely with the Garden City Schools District as the Nassau Boulevard Bridge vehicular detour took effect, monitoring traffic to minimize disruptions as Garden City schools went back into session. 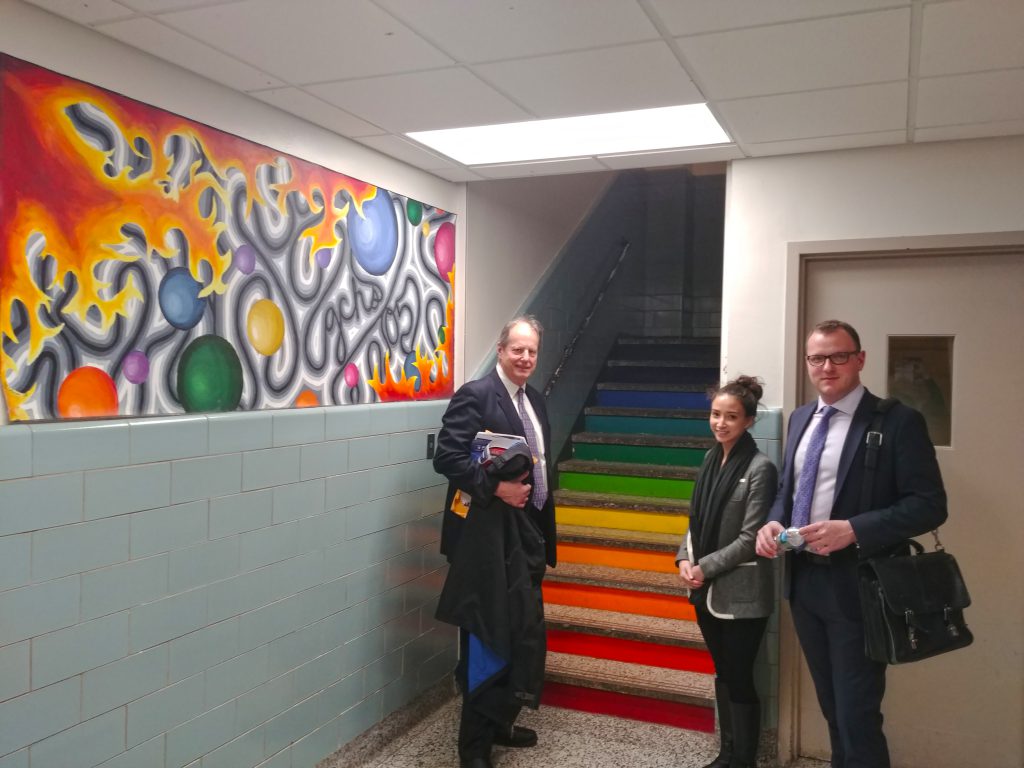 The Nassau Boulevard Bridge, located in the Village of Garden City along the LIRR Main Line, is scheduled to be removed and replaced with a three-track structure as part of the LIRR Expansion Project over a single weekend, October 5-6. During that weekend, the existing bridge will be removed and the new bridge, which is currently under construction adjacent to the work site as part of the design-build process, will be lifted and rolled into place.

The LIRR Expansion Project will add a third track from Floral Park to Hicksville, reducing train congestion and delays and enabling true bi-directional service during peak hours. The Project is part of a multibillion-dollar modernization of the Long Island Rail Road, the largest investment the railroad has received in decades. Once the work is complete, the LIRR will have increased its capacity by roughly 50 percent. With the additional planned upgrades to stations, amenities, bridges and grade crossing eliminations, the project will help transform transportation across the region and provide a reliable, state-of-the-art rail system for the people of Long Island. For more information and photos of ongoing construction, please visit the LIRR Expansion Project Floral Park to Hicksville project page on AModernLI.com.