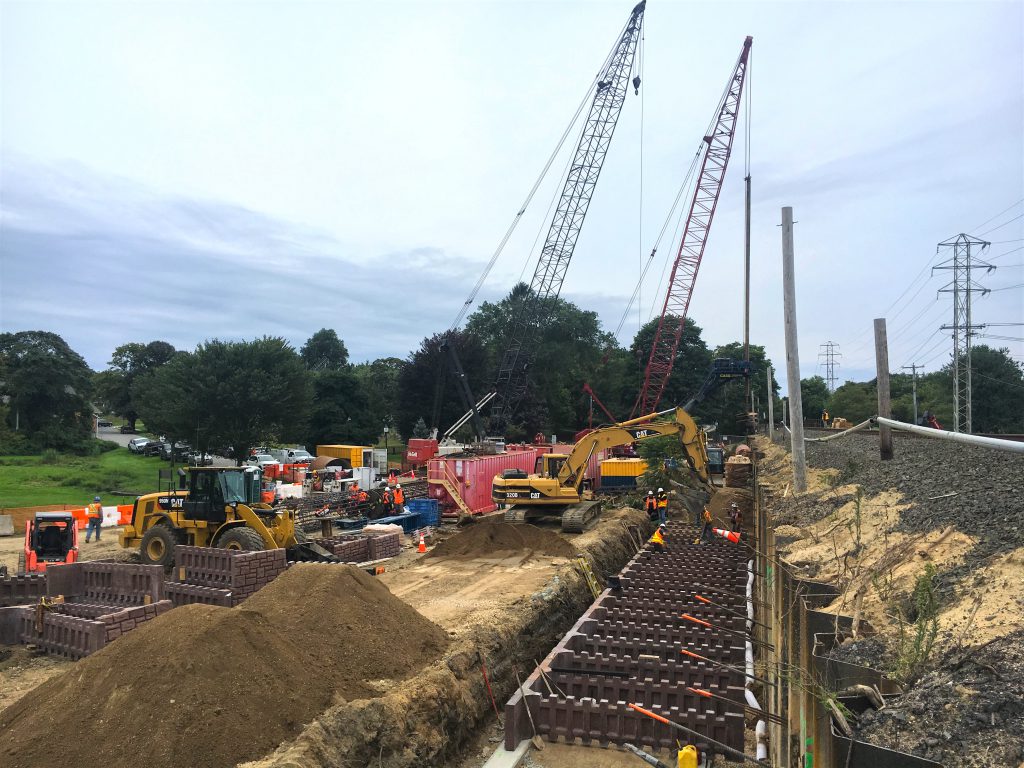 LIRR crews have completed constructing three of the four retaining walls required to raise the tracks at the Accabonac Road Bridge in East Hampton. This work is being done in preparation to replace the two bridges, which were constructed 125 years ago in 1895 along the Montauk Branch. The two walls east of Accabonac Road Bridge along the north and south rights-of-way have been completed, as has the north wall between the bridges, which is also along the north and south right-of- way. The fourth wall, located along the south side of the tracks between the two bridges and parallel to Hook Mill Road, is in progress, with a temporary sheet pile wall installed for the new retaining wall.

Drilling has commenced for the new bridge foundations, four at each corner of each bridge, and will continue until October of this year.

These low-hanging bridges have been the site of many accidents over the years caused by trucks striking the bridges, resulting in train delays in both directions while LIRR crews worked to determine the bridge’s safety and structural stability before restoring train service. The new height clearance will allow trucks to safely pass underneath the bridges, improving safety and reliability for vehicles and for LIRR passengers. 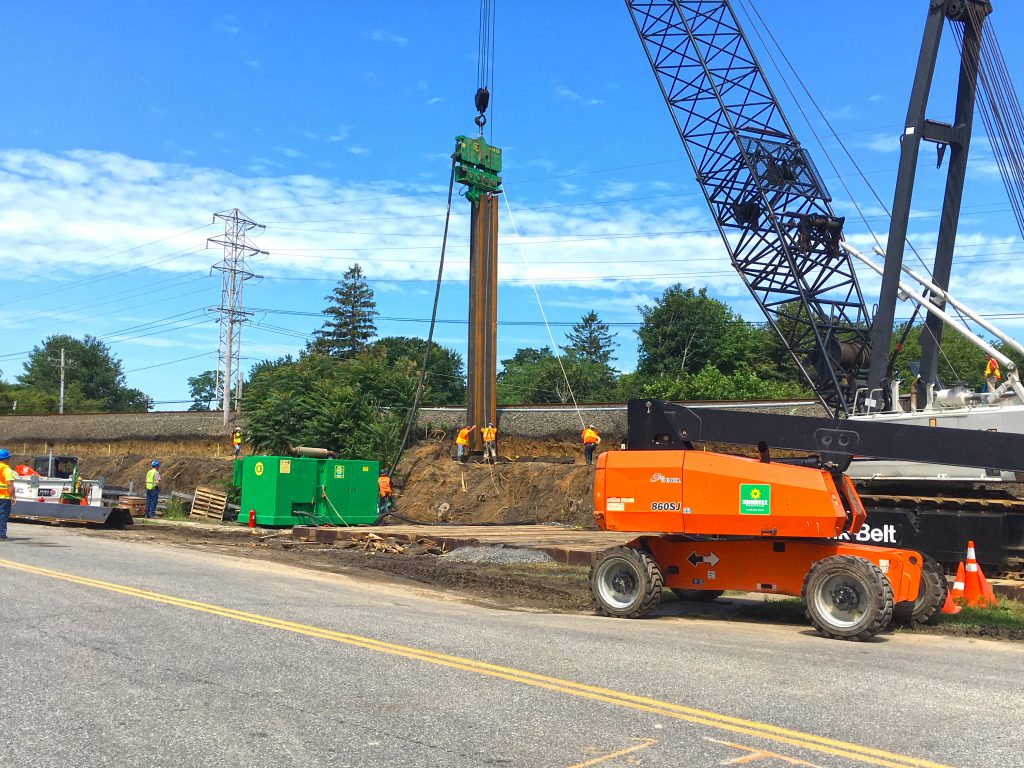 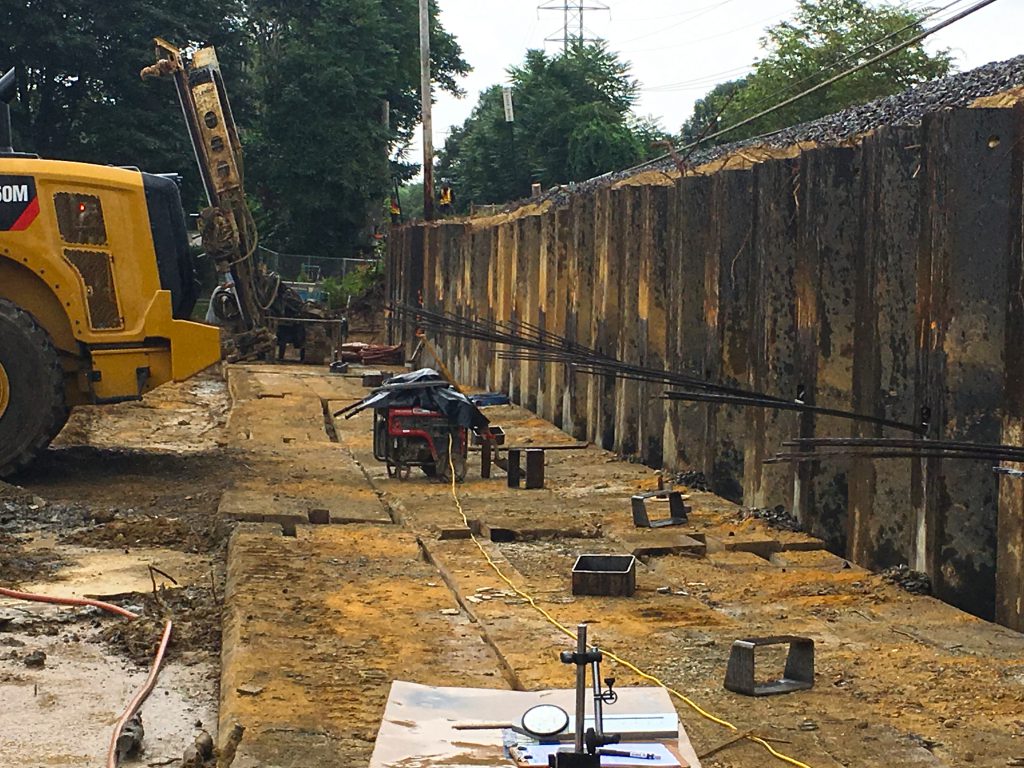 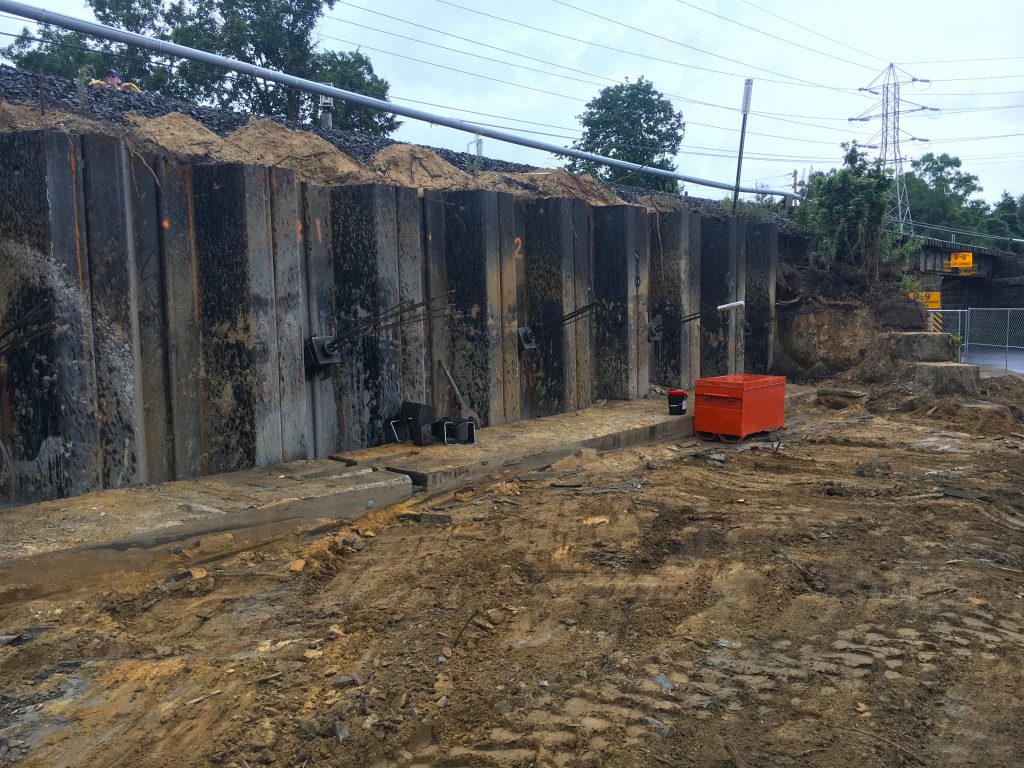 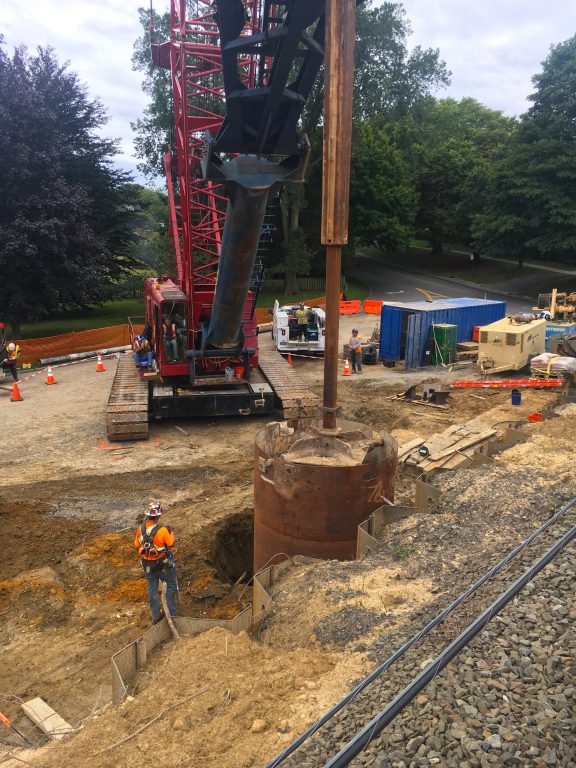 Fabrication of the new steel bridges in Lancaster, PA is now complete: the bridges will be transported from Lancaster by road, then via barge through the LI Sound around the tip of Orient Point through the North and South Forks of Long Island to Shinnecock Inlet, then via road again to East Hampton, where the enhancement of the LIRR East Hampton Station was recently completed. 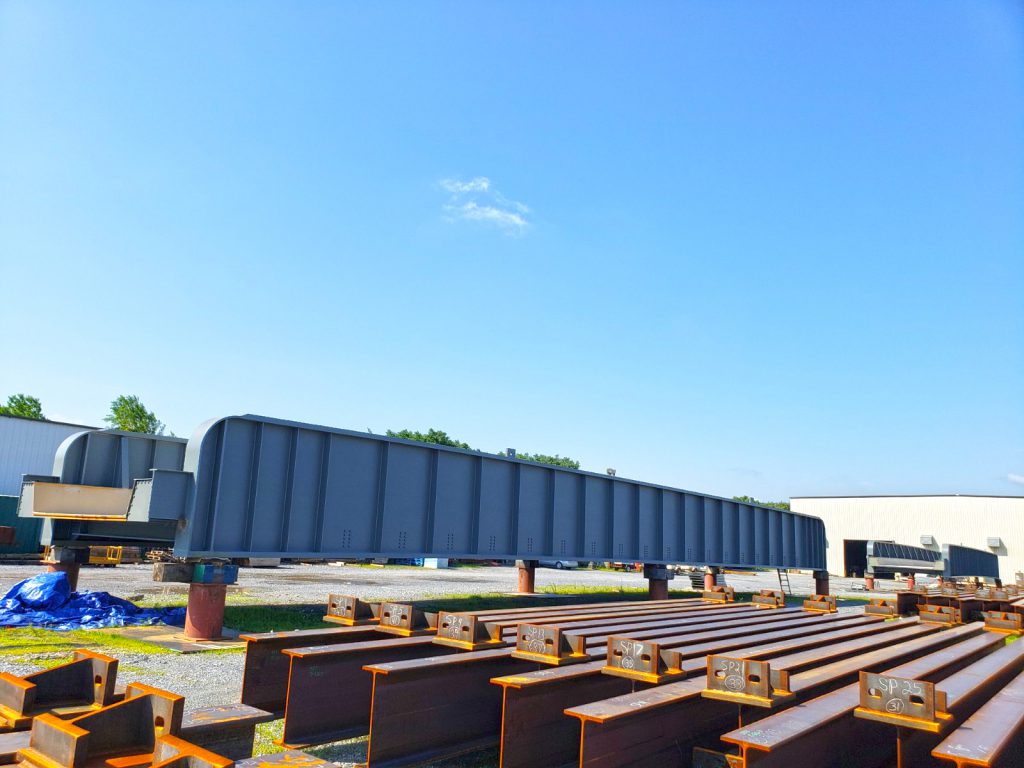