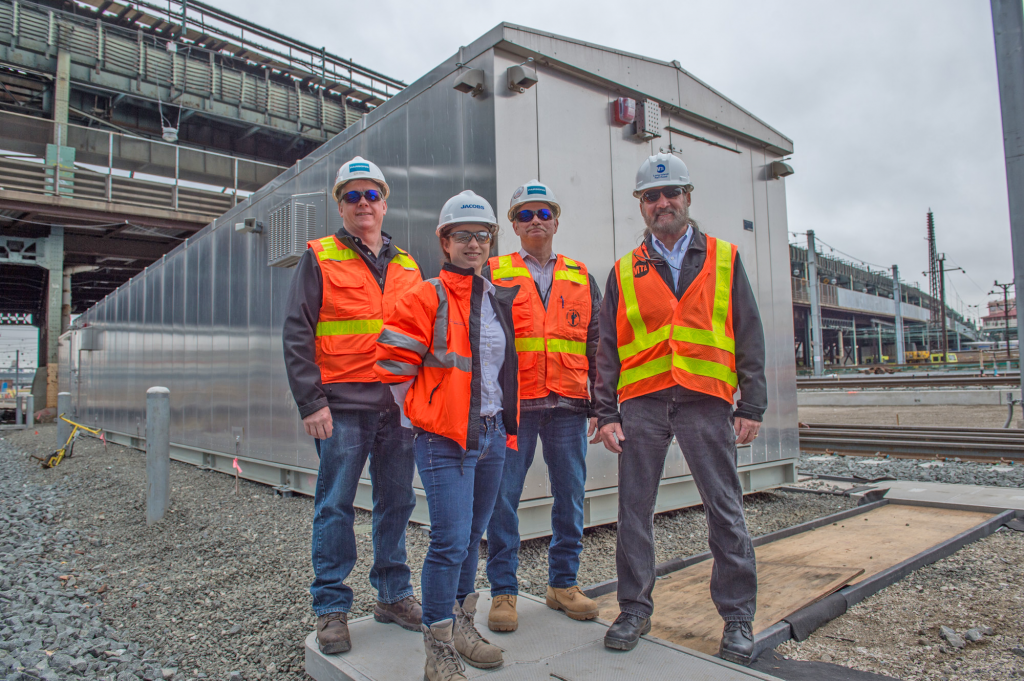 Harold Interlocking is the busiest passenger rail junction in North America – it handles more than 780 train movements per day from Amtrak, LIRR, NJ Transit and the New York & Atlantic Railway. As part of the East Side Access (ESA) project, track, signal, communications and power systems are being reconfigured and modernized at Harold Interlocking to accommodate the new train service to Grand Central Terminal on Manhattan’s East Side, and to provide much need improvements to the operation of the interlocking for the railroads that use it. 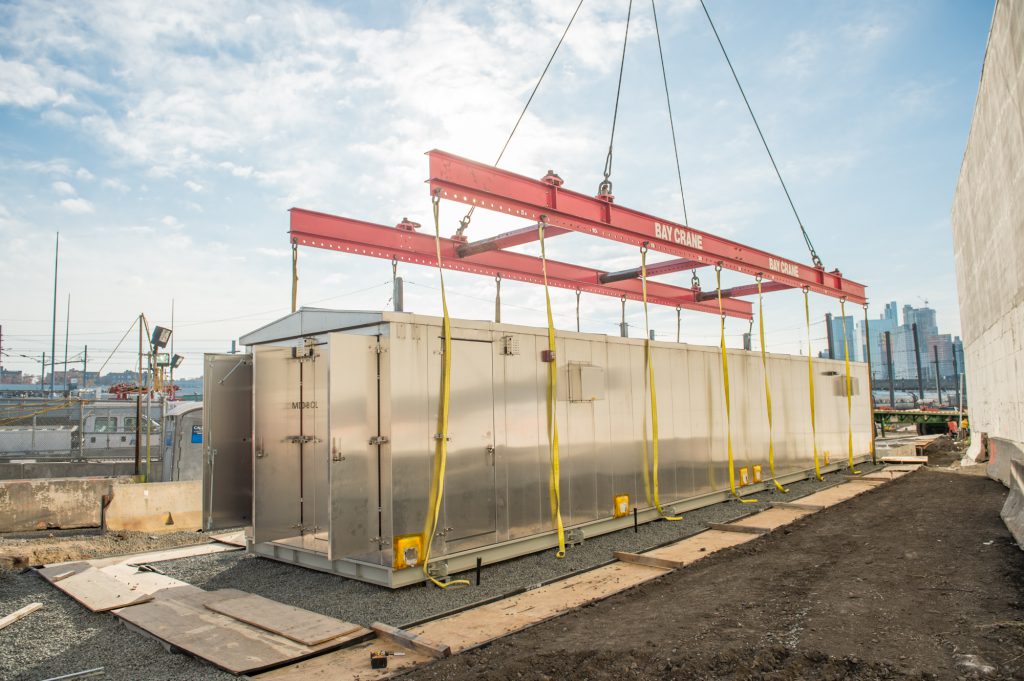 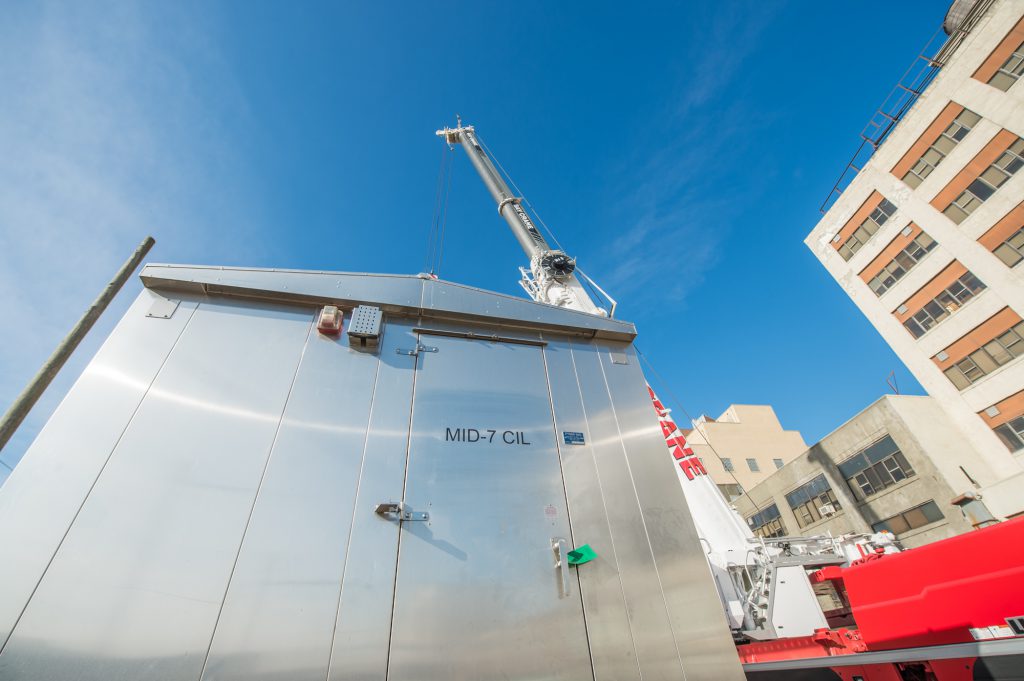 This Mid-Day Storage Yard is an integral part of future service operations along this corridor. It will be used to store and service LIRR trains during mid-day and off-peak hours. Trains will travel from Manhattan’s tunnels, or from Harold Interlocking, to be cleaned and serviced and to receive new personnel assignments. The Mid-Day Storage Yard will be a complex and highly trafficked area, with hundreds of train moving in/out per day. This marks yet another milestone for East Side Access, following closely after the recent completion of Tunnel D, which will serve as the primary outbound route from Grand Central Terminal to Long Island.

We talk about signal systems a lot when it comes to railroading. Ever wonder how the technology behind it all works? Keep reading. 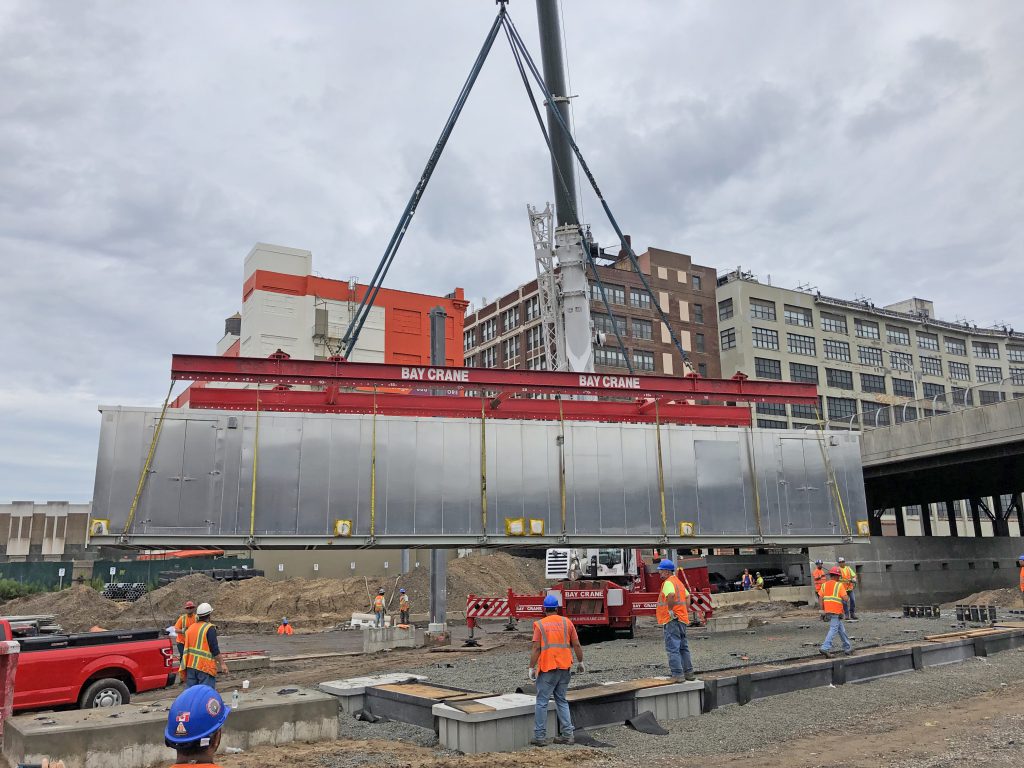 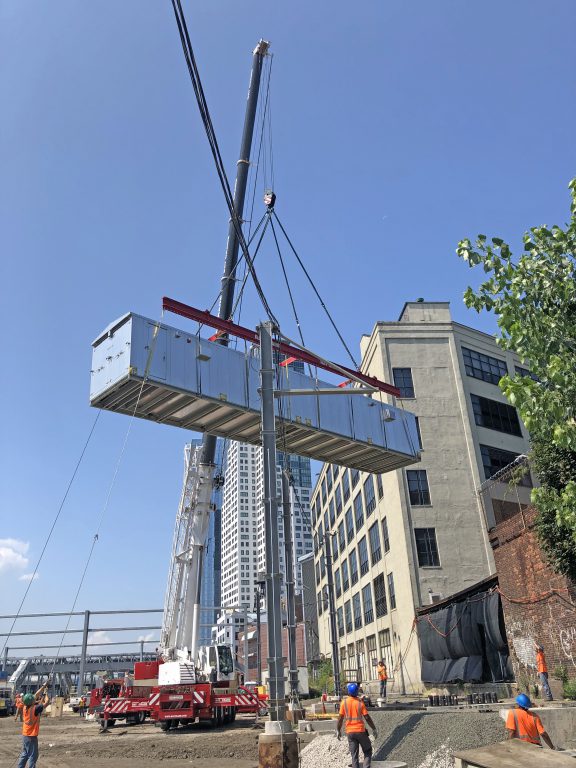 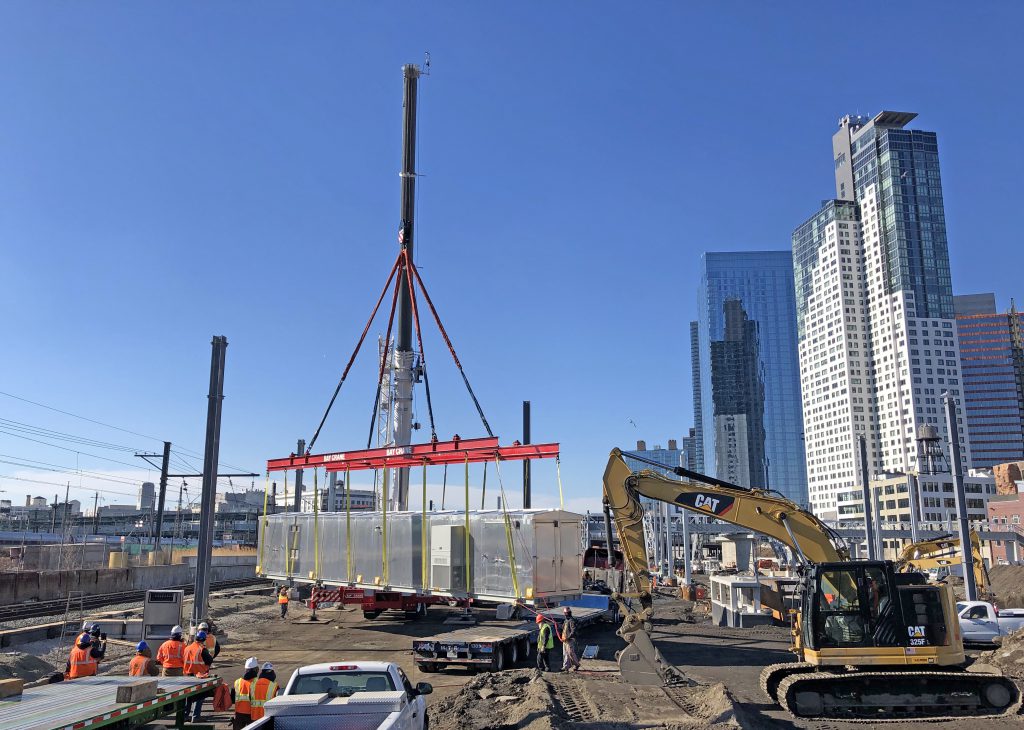 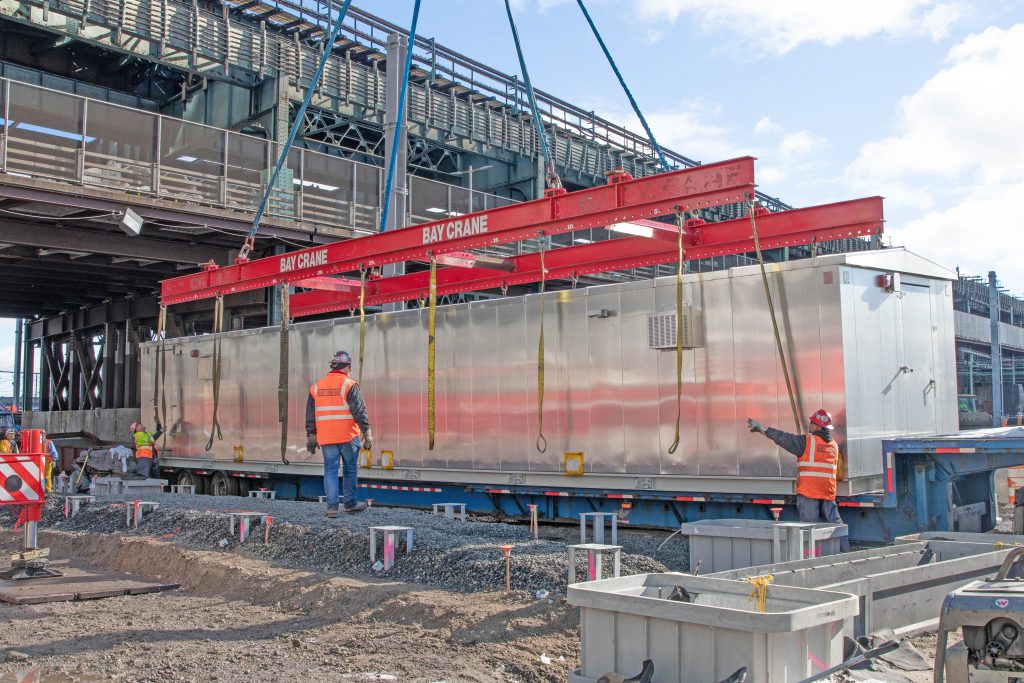 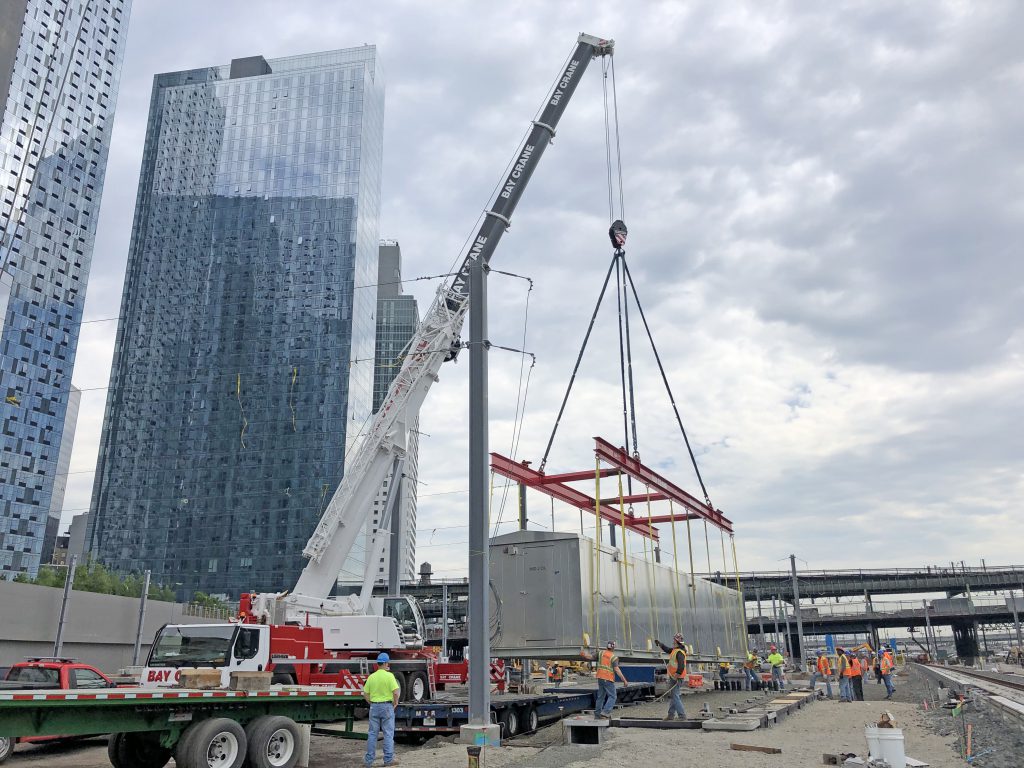 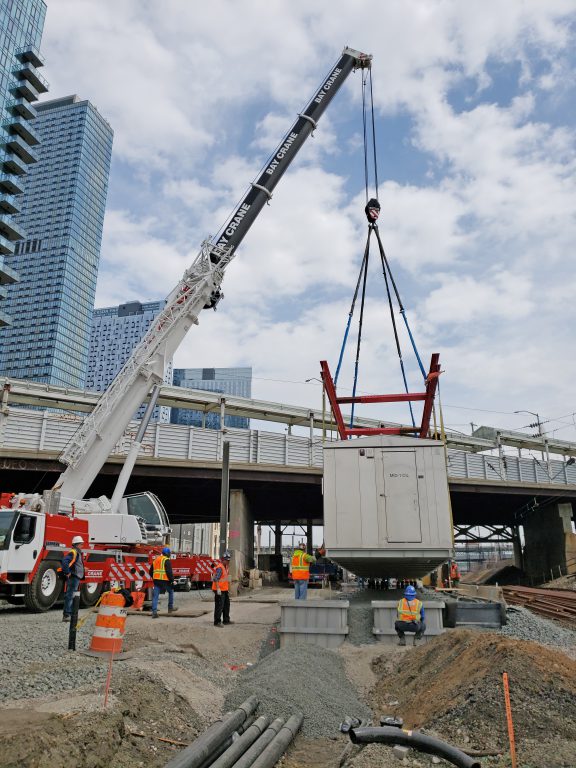 Signaling control (also known by experts as signaling logic) is the process by which control is exercised over train movements by way of railway signals and block systems to ensure trains operate safely, over the correct route and on the proper timetable. For an inside look at the critical systems that will control the train movements throughout the Mid-Day Storage Yard, we spoke with Evgenia Rogova, the East Side Access Certified Construction Manager (CCM) Engineer who managed the design, approval and field installations of the Central Instrumentation Locations (CIL) at the Mid-Day Storage Yard.

A Q&A with Evgenia’s expertise below:

What is a Central Instrumentation Location?

CIL is an abbreviation for Central Instrumentation Location. It’s an aluminum enclosure resembling a small house and containing redundant microprocessors that control the train signals, authorizing or preventing train movements. The other components within the CIL are the battery hut that powers it, in case of power loss, and the signal cases that control the field equipment.

How does a CIL work?

The CIL contains all the signaling logic, the vital and non-vital control systems, relays and electronics to enable the engineer to safely move a train through the tracks – it collects live information for all the train locations in the yard utilizing track circuits; this makes it possible for an operator in Grand Central Terminal to authorize a train movement in Queens. The Mid-Day Storage Yard is divided into eight geographical areas comprising more than 80 new switches and about 90 wayside signals, all controlled by eight CILs working simultaneously. The vital logic is designed as a fail-safe for human error such that it won’t signal a train on a path of collision or a side swipe; at the same time, however, it provides the Railroad with the flexibility to move trains in adjacent blocks as needed.

When were the CILs placed?

The first CIL was placed in November of 2018, the last two last month: all eight of them were factory tested and placed in just under one year, with the final CIL set on November 15, 2019.

What was the most challenging part of the project?

The most challenging part of the project is Integrated Systems Testing (IST), which means connecting all the pieces of all the systems, from Queens to Manhattan, and making them work as one. This isn’t only limited to the signal system: while ours can function independently, there are some 30 other systems, each with different test requirements. Ensuring there is no interference impacting functionality across the project alignment and the existing railroad infrastructure is critical.

What is the next step now that all the CILs have been placed?

The next step is powering the units. The installer has to hook them up to our substations so we can begin testing. We will be running separate tests on the signal system and when everything is completed, we will turn it over to the LIRR. Then the Mid-Day yard must be cut-over to integrate into the rest of Harold Interlocking and the new Manhattan tunnels systems.

What would you like LIRR passengers to know about the work you’re doing?

I would rather they don’t even think about it! That would mean that we’ve gotten it right! I find the signaling aspect only gets attention when something goes wrong – so thank you for asking me about it! The way I look at it, this is one of few trades where 99.9% success isn’t enough. There can’t be any question or uncertainty when moving passenger trains. It’s testimony to the diligence and talent of our team that LIRR Signals and Transportation has been moving trains safely, with virtually no delays, for the past 15 years in Harold. The Mid-Day Storage Yard is just the cherry on top.