On April 24, 1834 LIRR was officially chartered by the State of New York, making it not only the biggest commuter railroad in the nation, but also the oldest railroad still operating under its charter name. The original railroad wasn’t built to serve Long Island’s shoreline communities. It aspired to be a rail and ferry connection from New York to Boston, so its first line, the Main Line, was built along the most efficient route, right down the scarcely populated middle of the island. 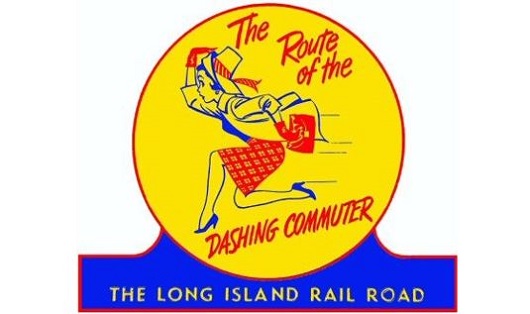 Starting in the late 1950s, the LIRR deployed Dashing Dan, its iconic cartoon commuter, complete with fedora and briefcase. After grumblings from female customers, Dashing Dottie appeared in 1963.

Also In 1848, a competitor railroad linked up an overland route north via southern Connecticut. The LIRR’s rail and ferry service became instantly redundant.  Barely skirting foreclosure, the railroad began turning its operations towards local service and shoreline branches. Electrification arrived in the 1900s, due to city bans on steam engines and grades crossings. 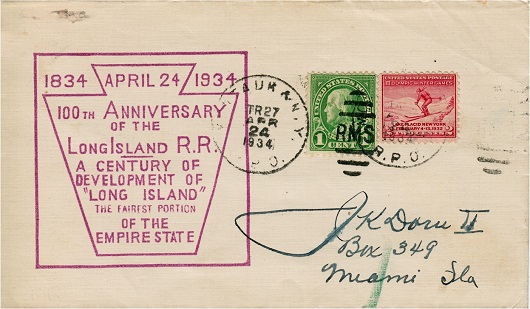 From 1918 to 1947, the price of the LIRR’s monthly commuter tickets remained unchanged, with good effect. In the postwar years, the railroad served as an essential link between the city’s accelerating job market and Long Island’s rapidly growing suburban towns. In the city’s “Mad Men” years of the 1960s, the LIRR’s marketing efforts produced such wonderful commuter memorabilia as Dashing Dottie above and her more ubiquitous seatmate Dashing Dan. 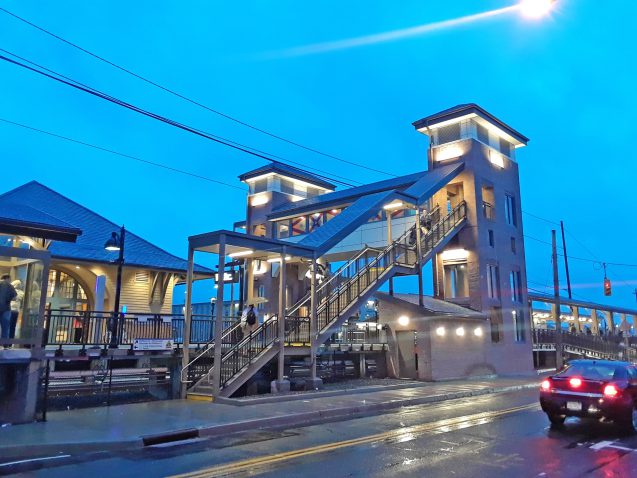 As the nation’s oldest railroad turns 185, it’s undergoing some of the largest and most forward-looking projects in its history. MTA teams are working tirelessly to advance the LIRR Expansion Project, add track, upgrade stations, eliminate grade crossings, adapt for reverse commuting, push transit-oriented development and much more. Today, the same LIRR that once ignored shoreline service is reimagining local commuting and economic potentials across Long Island and the MTA travel region. Information, photos and videos of ongoing work are available here on AModernLI.com.