The LIRR’s next fleet of rail cars, known as the “M9” cars, entered into passenger service on Wednesday, Sept. 11, 2019. The new cars incorporate and improve upon the most successful and popular features of the MTA’s two recent electric car fleets, the LIRR’s familiar M7s electric cars and the M8 cars serving Metro-North’s New Haven Line, and they will enhance safety. 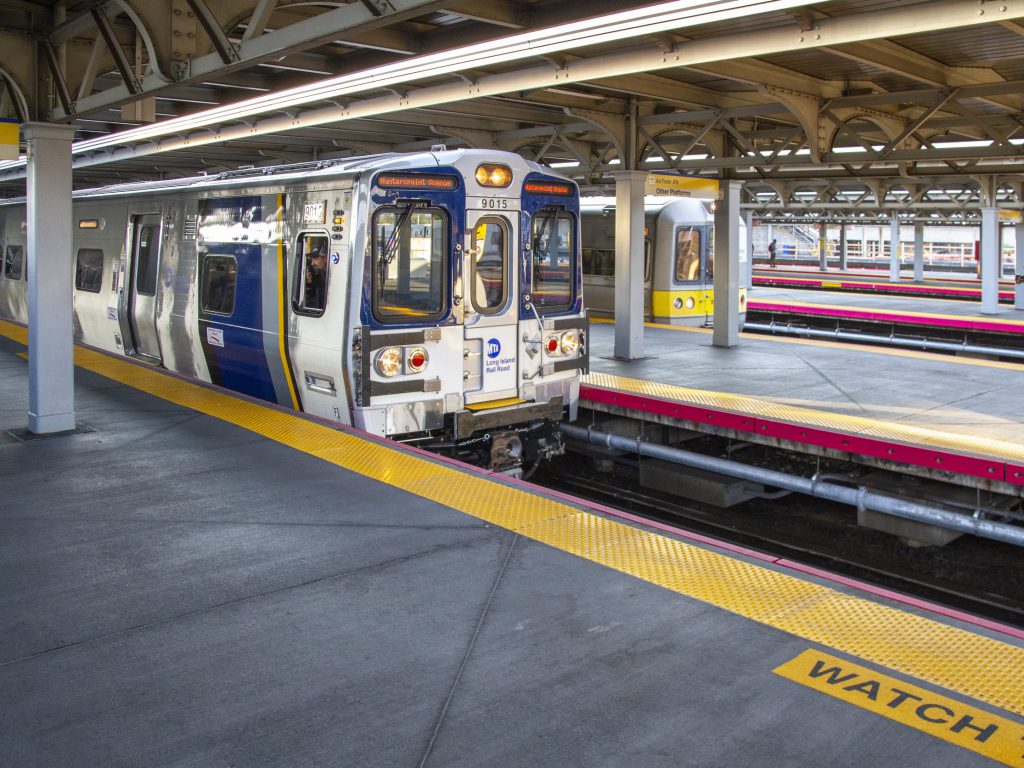 Four new cars have been delivered and added to the original eight, as the roll-out continues until all 202 cars are in service by early 2021. The cars will have exterior destination signs on the front of cars that are visible to passengers as the train approaches the station, similar to the new cars on Metro-North’s New Haven Line. They will have electrical outlets on both sides of the car in each row of seats, and closed loop armrests that won’t tear garments or catch bag straps. 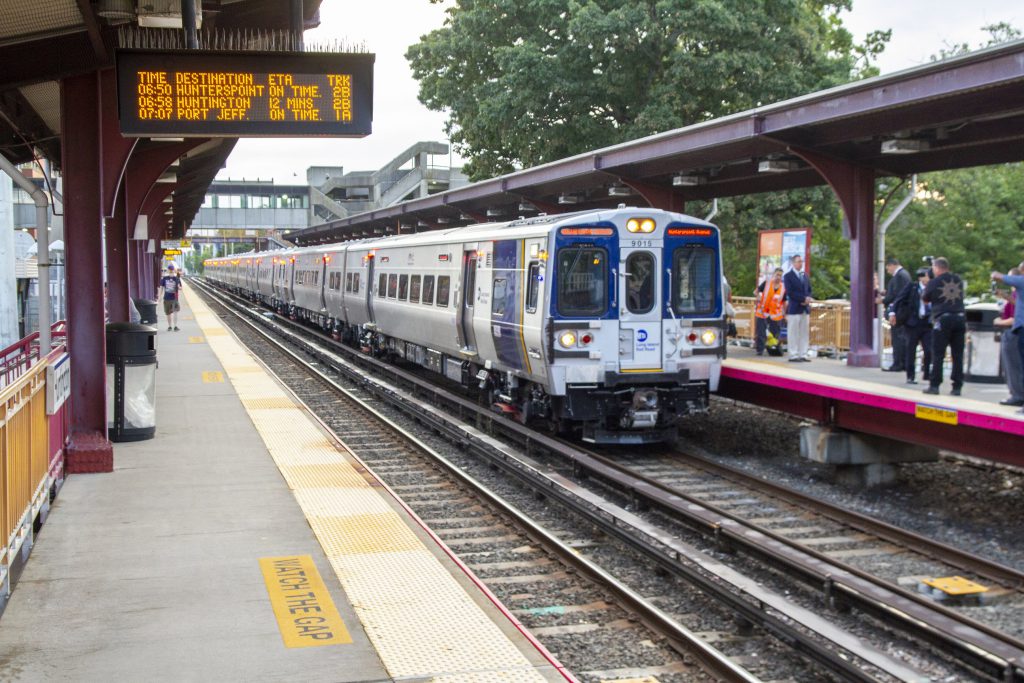 “These new cars will offer new amenities and a better environment for our customers,” said Phil Eng, President of the Long Island Rail Road. “Even if your train isn’t composed of these cars, there’s a good chance they will benefit you because as we receive more of them, we will lengthen many of our busiest trains, providing more seats for more customers.”

The cars will feature an innovation that is new for the first time in the region: an electronic display that will let passengers know what car within the train they are seated (for example, “Car 3 of 10”) which will be of help to customers exiting at stations where not every car will meet the platform. 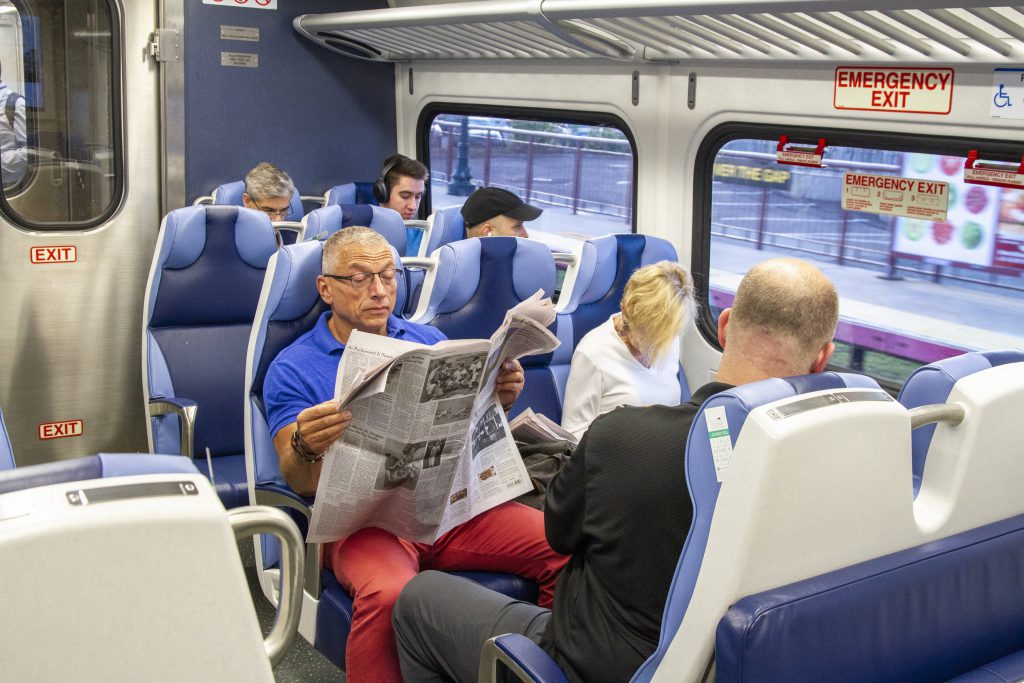 Walking from car to car will become easier because between every other car there will be a door that operates at the push of a button. The seats in the cars will be slightly wider than the seats on the M7 cars, and the cars will seat more people than the M7 cars, with up to 6 additional seats in each pair of cars. 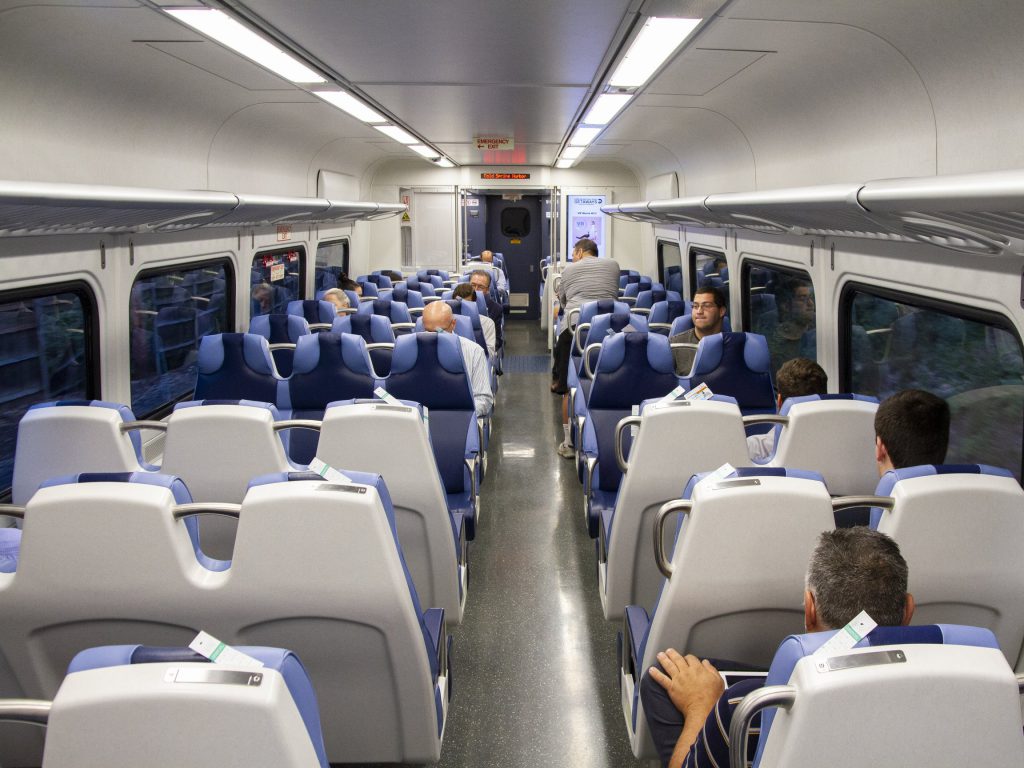 The cars are fully equipped for Positive Train Control, a major safety enhancement that will reduce the potential for human error to contribute to train-to-train collisions or derailments. They have cameras in the train engineer’s cab, facing into the cab to monitor the engineer’s alertness and facing forward to show the tracks ahead, and cameras in passenger area of the cars to serve as a deterrent to criminal activity. 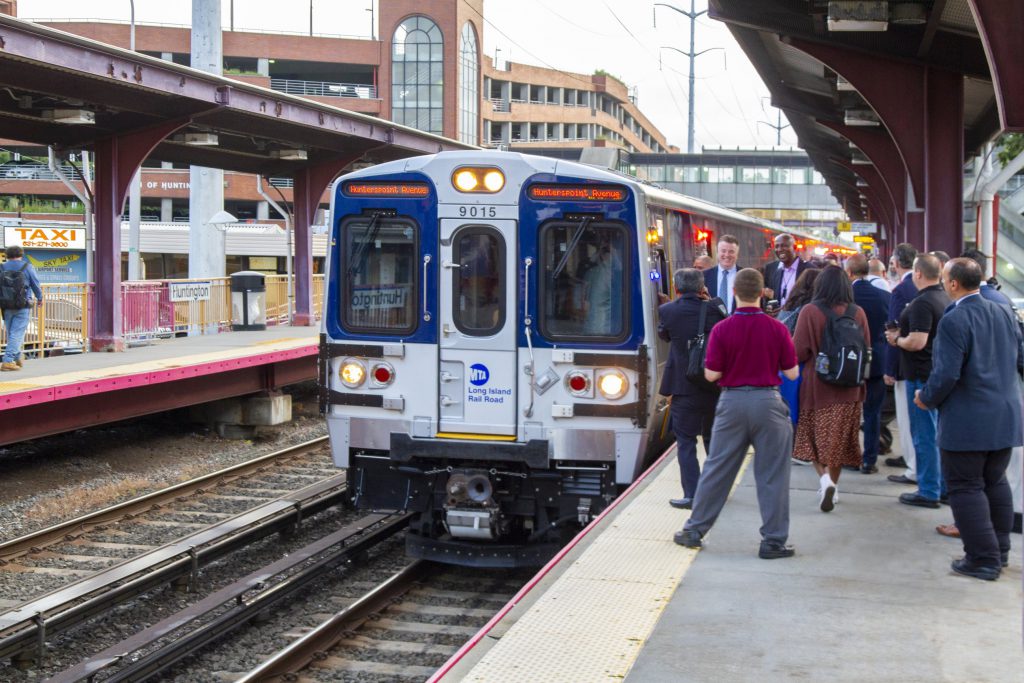 The bathroom experience will be enhanced on the new cars, which will have better restroom design that improves cleanliness. There will be no touch needed for flushing the toilet, dispensing sink water and hand soap and drying hands. There are improved restroom doors and coat hooks and additional air quality treatments.

The cars will have additional speakers in the vestibule for clearer public announcements, threshold illuminating lights at the side and end doors, and are anticipated to offer a smoother ride than the M7 cars and reduce sun glare with a slightly increased level of window tint.

The cars are being designed and manufactured by Kawasaki Rail Car, based in Yonkers. The first 14 pilot cars were built in Japan, with these first eight aggressively tested in Pueblo, Colorado, before further aggressive testing on the tracks of the Long Island Rail Road. The remaining 188 cars are being manufactured in Lincoln, Nebraska, with final assembly taking place in Yonkers, helping to create jobs for New Yorkers.

The new M9 rail cars will also help to expand the LIRR’s fleet capacity and allow for anticipated ridership growth with the completion of East Side Access, the LIRR Expansion Project and other system expansion projects throughout the region. For more information please visit the New M9 Rail Cars project page on AModernLI.com.