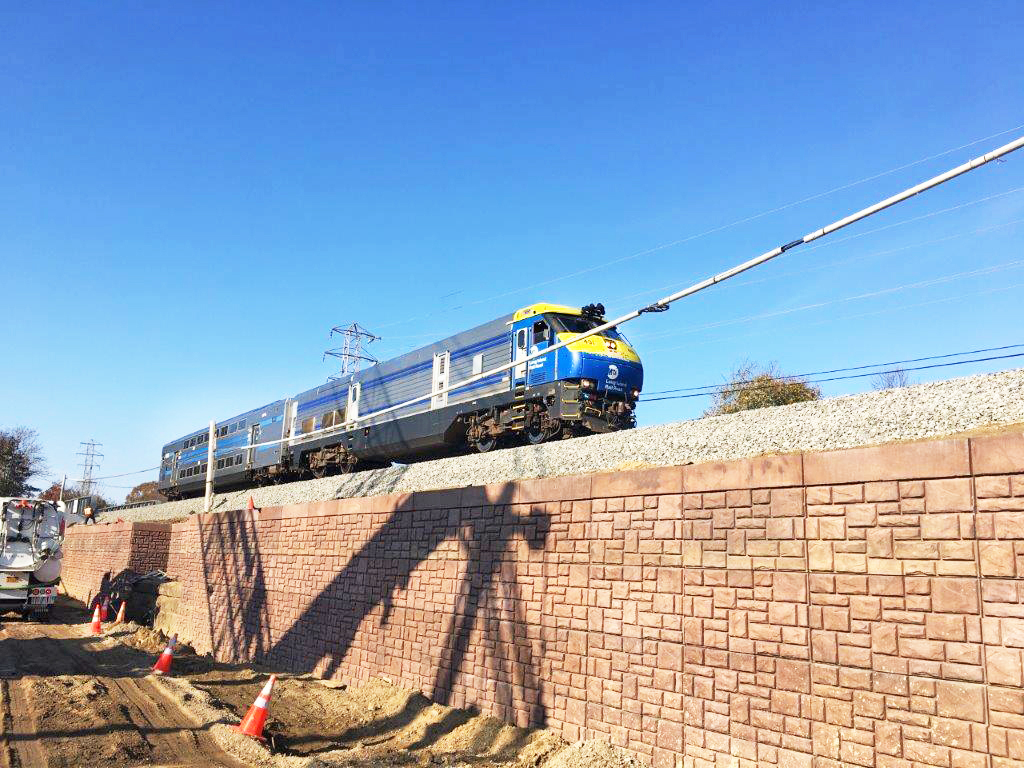 Last week, the LIRR celebrated the successful replacement of two 124-year-old bridges in East Hampton on time, raising their heights to reduce truck strikes and improve safety and reliability.

The two bridges, at North Main Street and Accabonac Road, are separated by about 500 feet and were built in 1895. The North Main Street Bridge is the westernmost bridge and had a posted clearance of 10 feet. The Accabonac Road Bridge, the easternmost bridge, had a posted clearance of 9 feet 9 inches. The LIRR raised the vertical roadway clearance to 14 feet with the installation of new single span steel bridge structures. The new height clearance allows trucks to safely pass underneath the bridges. In 2015, there were nine incidents in which vehicles struck the overpasses, reiterating the need to improve safety and reliability for both vehicles and LIRR passengers by replacing them. 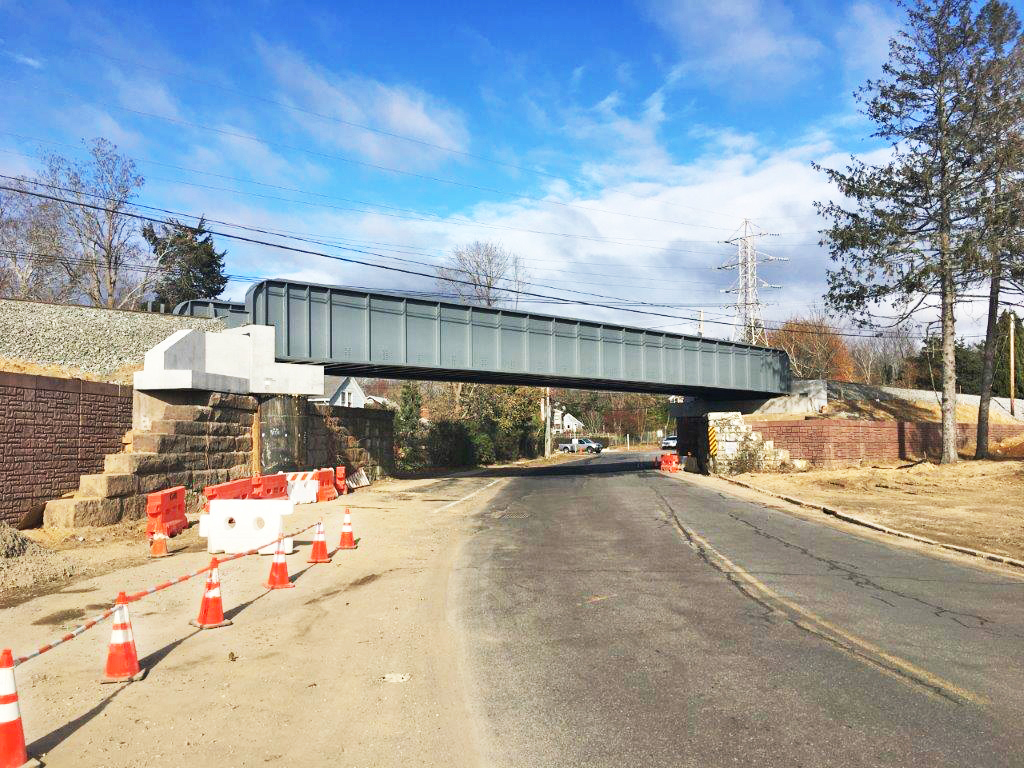 “These bridge replacements exemplify how the LIRR is improving safety across the system and reliability of service on LIRR, and also improving the quality of life for neighboring communities,” said LIRR President Phil Eng. “I commend our crews, who worked efficiently to complete this complex project on schedule. As we have elsewhere on the Island, our staff worked with the community throughout the project to provide updates, answer questions, and seek feedback that could help us reduce any impacts.” 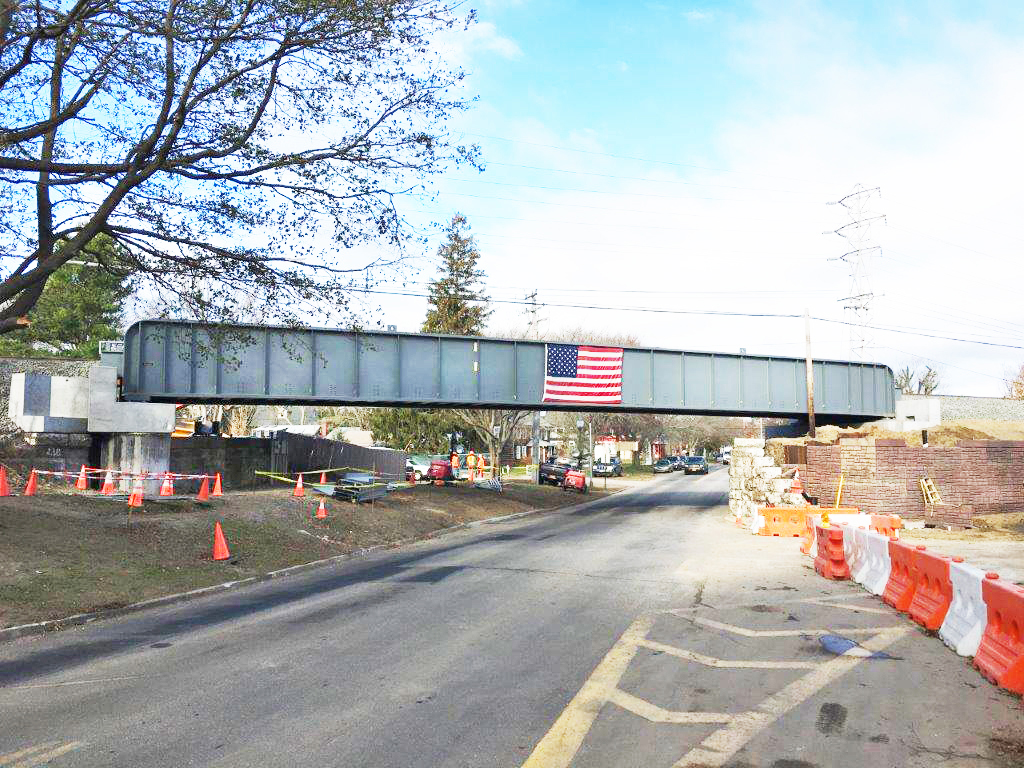 Several elected officials, labor leaders, and neighborhood supporters joined the LIRR in celebration. Here’s what they had to say:

East Hampton Village Mayor Paul Rickenbach, Jr. said: “The Village of East Hampton is thankful to the LIRR and the State Legislature for ensuring this important project came to fruition and has been completed in a timely fashion. Increasing motorist safety on the roads and passengers traveling on the LIRR is of the utmost importance. We firmly believe this project will provide those results. While I am taking this moment to thank the State, I also want to thank the area residents and businesses for their patience and cooperation during each phase and especially during the major construction. The Village greatly appreciates their understanding. My colleagues and I are pleased to support the LIRR with the completion of this considerable capital improvement.”

Assemblyman Fred W. Thiele, Jr. said: “The completion of the two new bridge overpasses on the Montauk branch in the Village of East Hampton provides another example of the continued partnership between the LIRR and the East End community to improve safety and service for our residents and visitors. The addition of the wildly successful South Fork Commuter Connection, the modernization of the East Hampton train station, and today’s completion of these bridge projects, demonstrates the LIRR’s commitment to improving public transit on the East End. Today’s announcement regarding the completion of the bridges specifically marks an improvement in safety at locations where motor vehicle accidents were all too common. I look forward to continued capital investment by the LIRR to insure viable public transit in the future.”

Sheet Metal Air Rail Transportation (SMART) General Chairman Anthony Simon said: “I am very proud to attend an event that highlights what our hardworking in-house engineering workers accomplish day in and day out to make our system stronger and safer. While union workers may be portrayed in a negative light at times, recognizing the accomplishments they achieve is a well-deserved pat on the back. On behalf of our organization I want to personally say thank you to our members for always stepping up and delivering day in and day out.”

Construction activities for this project began in August 2018 with work on the 4 retaining walls taking place in the fall of 2018. The two walls east of Accabonac Road Bridge along the north and south rights-of-way were completed first along with the north wall between the bridges, which is also along the north and south right-of-way. The fourth wall, located along the south side of the tracks between the two bridges and parallel to Hook Mill Road was completed soon after. The installation of 8 caissons, watertight retaining structures that are filled with concrete, began in June 2019 and were completed in October.

The LIRR Structures Department removed and demolished the old bridges mid-October – first with the Accabonac Road bridge and then the North Main Street bridge. The large bridge components, which were fabricated in Lancaster, PA, were transported from Pennsylvania by road, then via barge through the Long Island Sound, around the tip of Orient Point, through the North and South Forks to Shinnecock Inlet, then via road again to East Hampton, where the East Hampton Station Enhancement was completed April 2019.

The bridge replacements are part of the broader LIRR Modernization Program, with 100 projects across the railroad, to improve the overall LIRR system efficiently and reliably. For more information, please visit the Accabonac Road / North Main Street Bridge Replacements project page on amodernli.com.