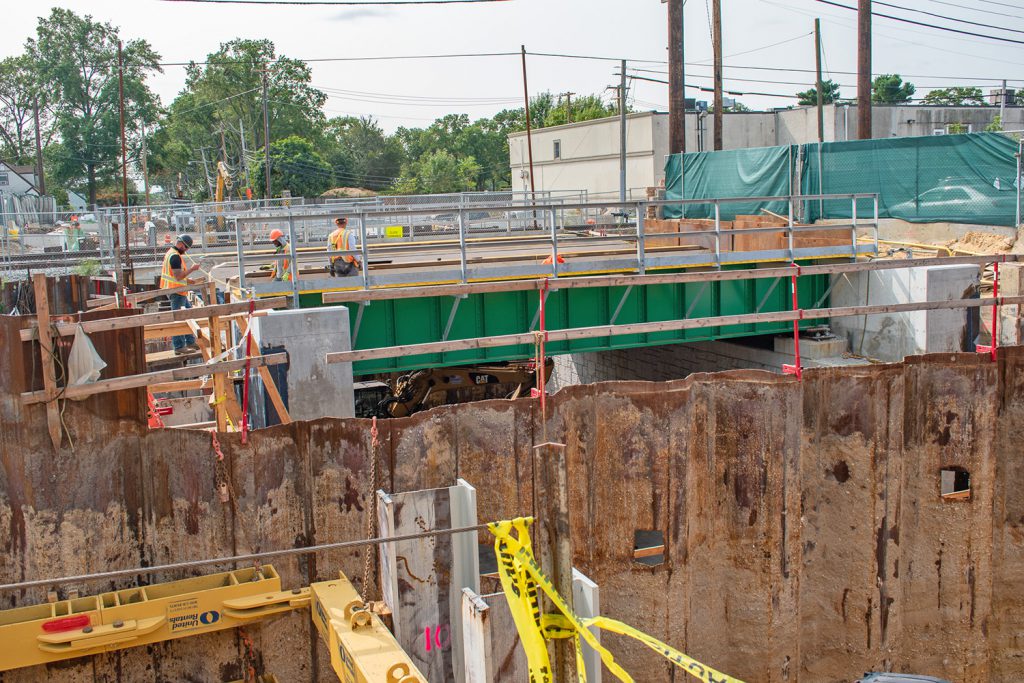 MTA C&D is hard at work preparing for the October 3-4 bridge push at the School Street grade crossing elimination on the Westbury/New Cassel border – the fourth undergrade crossing to be built as part of the LIRR Expansion Project.

In all, eight grade crossings will be eliminated as part of the project and provide an enhanced quality of life in communities along the Main Line. Trains will no longer need to sound their horns as they approach and bells on crossing gates will not need to be sounded. With no waiting for crossing gates to rise, traffic backups will be greatly reduced, as will the emissions from waiting vehicles. 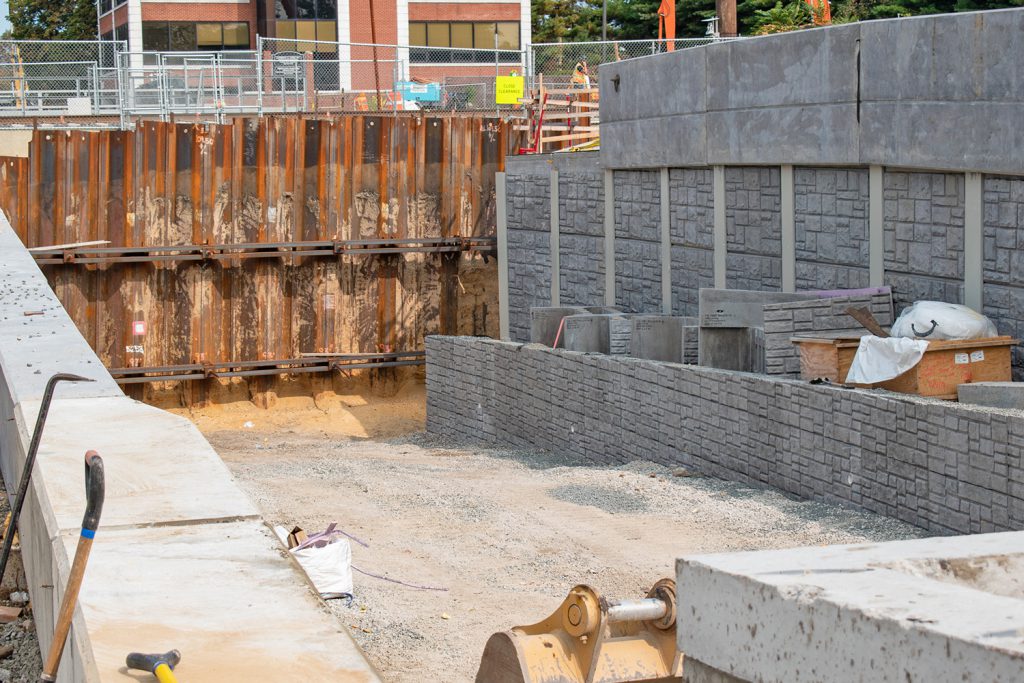 Preparation for construction on the School Street crossing began one year ago with the relocation of utilities and signal modification. The crossing was closed to traffic this past May. Since then MTA C&D demolished sidewalks and curbs, drilled soldier piles, excavated for the undergrade crossing and is competing the building of a bridge and U-structure that will carry the LIRR over School Street.

During a Main Line service outage on the weekend of October 3-4, MTA C&D will push the bridge and U-structure into place utilizing a series of hydraulic jacks and LIRR crews will complete the weekend work with the installation of track, power, communications and other systems. Full train service will be restored in time in time for the morning commute on October 5. Roadway construction will follow and the new undergrade crossing is scheduled to be opened in the first half of November. The crossing was originally scheduled to be opened in 2021, but was accelerated for completion this year. 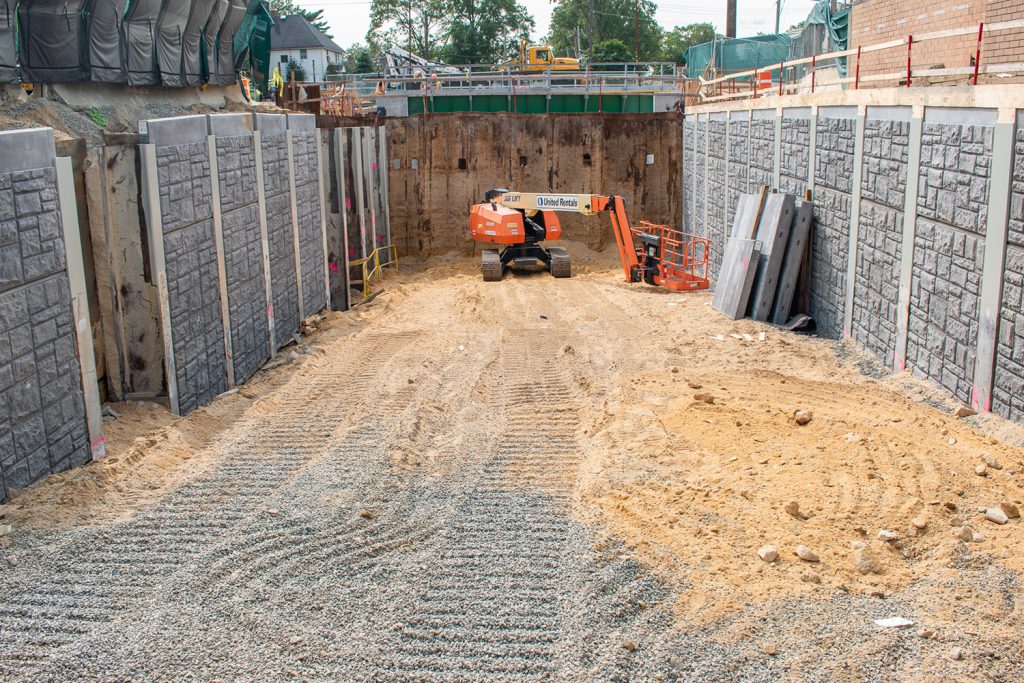 One more undergrade crossing will be built as part of the LIRR Expansion Project, on Willis Avenue in Mineola. This one will provide a grade separated roadway for both the Main Line and the Oyster Bay Branch, eliminating two grade crossings with the same project. Two additional grade crossings – S. 12th Street in New Hyde Park and Main Street in Mineola – will be dead-ended.