New York City is a cultural capital of the world. However, its first-class museums, educational, and cultural institutions were temporarily shuttered due to COVID-19 restrictions, leaving museum staff searching for ways to connect with patrons. One such institution is The New York Transit Museum, dedicated to telling and preserving the stories of mass transportation. When the Museum’s decommissioned 1936 subway station home temporarily closed on March 13, Transit Museum staff quickly and creatively innovated, moving many of its programs to virtual platforms. New online programs include Digital Discussions on Museum exhibitions and collections, school and summer camp programs, virtual birthday parties, and after school programs, among others. 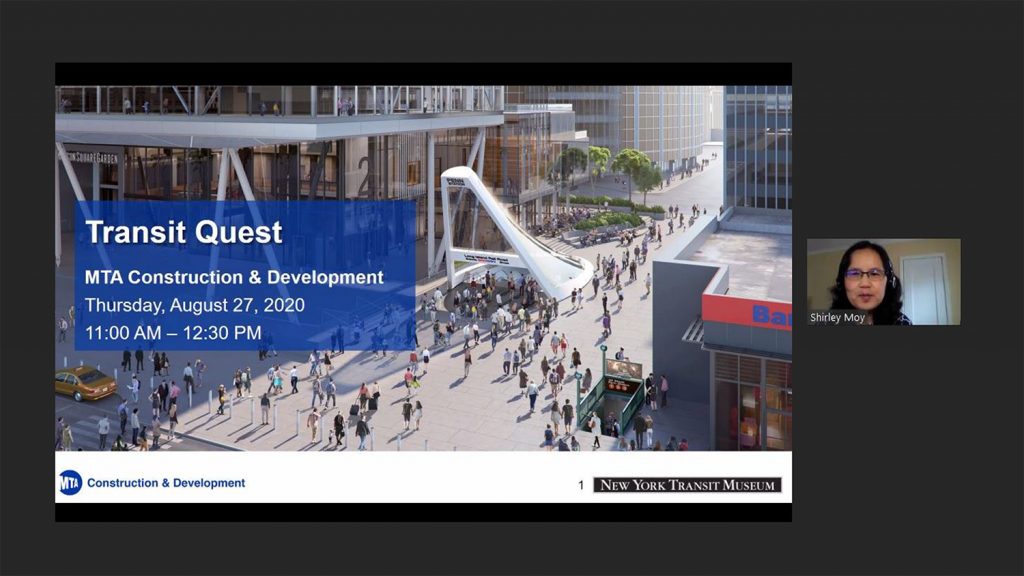 MTA Construction & Development was thrilled to participate in one of the Museum’s programs called Transit Quest, a weeklong camp for teens who identify as neurodivergent. This summer program is in its third year and was entirely virtual for the first time ever due to current circumstances. The program immerses participants in New York Transit Museum content and provides exciting opportunities to engage with fellow transit fans and guest speakers from the Museum and MTA. This year, staff and guest speakers used creative strategies to engage teens in new ways and encourage a fun, collaborative learning community online.

MTA C&D’s East End Gateway and LIRR Concourse Program Manager Shirley Moy was delighted to participate and share insights about STEM career paths and showcase MTA projects, including current Penn Station initiatives. According to Ms. Moy, “It was fantastic to engage with the students who were very inquisitive and curious about potential career trajectories.” Many STEM career paths were highlighted such as architects, engineers, construction managers, accountants, and urban planners, among others. Participants were able to learn about the wide variety of STEM professionals involved in the successful execution of large transportation construction projects. Ms. Moy was able to highlight not only current MTA projects but also future mega-projects that the teens themselves may be working on in the future! 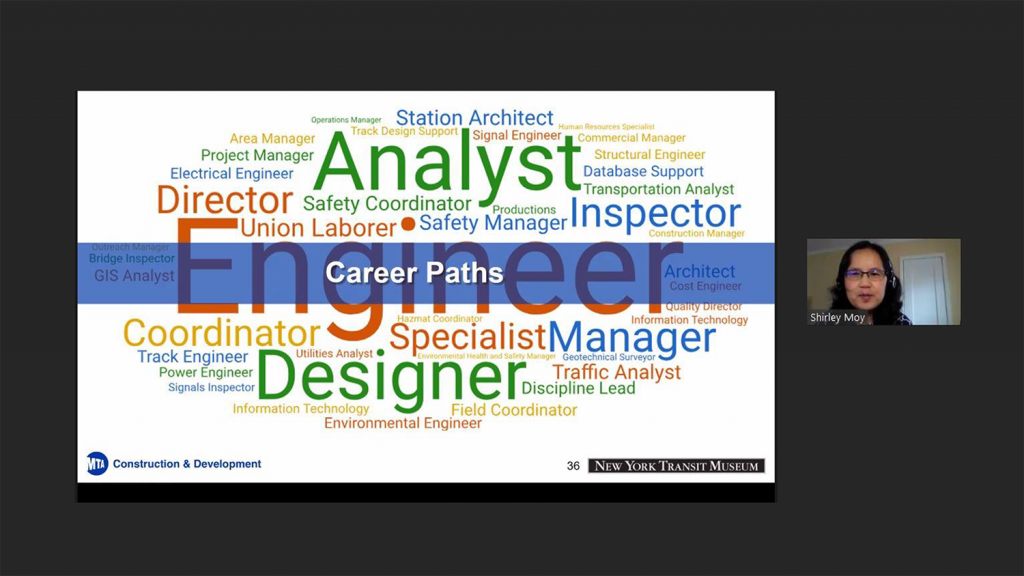 The East End Gateway and LIRR Concourse Project will include wider corridors and better safety, with improved access and circulation for the hundreds of thousands of passengers who traverse the corridors of Penn Station each day. Phase I construction is progressing without disruption to train service and with minimal impact to the overall passenger experience. Phase I will be complete with the opening of the new entrance by the end of 2020. Phase II work entails the widening and improving of the LIRR Concourse. For more information and construction progress photos, please visit the East End Gateway and LIRR Concourse project page on AModernLI.com.

About the New York Transit Museum

The New York Transit Museum is the largest museum in the United States devoted to urban public transportation history and one of the premier institutions of its kind in the world. Since its inception over forty years ago, the Museum – which is housed in a historic 1936 IND subway station in Downtown Brooklyn – has grown in scope and popularity. For nearly 25 years, the Transit Museum has also operated a Gallery & Store in Grand Central Terminal. To learn more, visit nytransitmuseum.org.