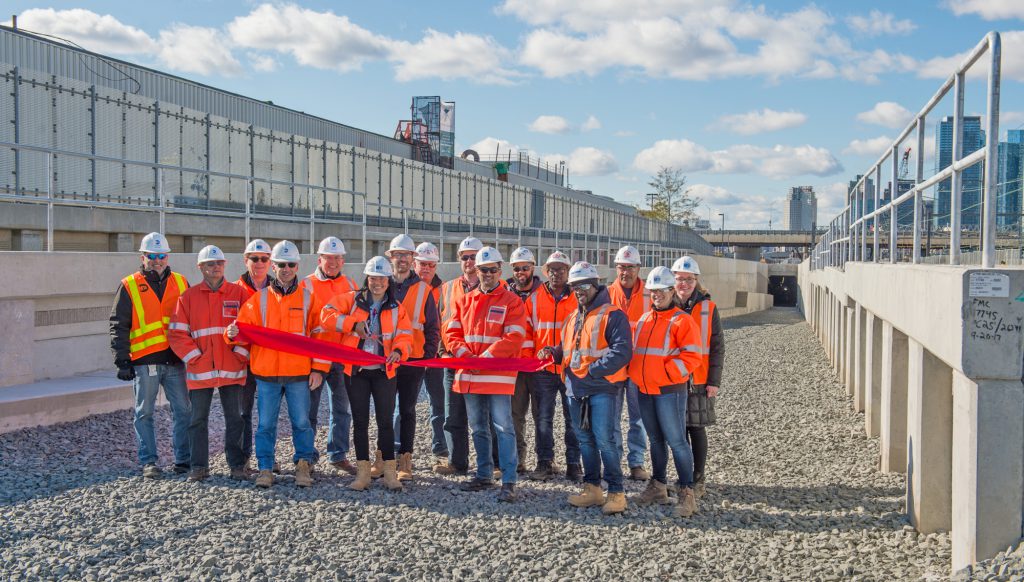 The East Side Access “Tunnel D” Approach Structure is now complete. Tunnel D, which will serve as the primary outbound route from Grand Central Terminal to Long Island, connects at the newly-built Plaza Interlocking in Queens to the Main Line 2 and 4 tracks in Harold Interlocking, the busiest rail junction in the U.S.

The construction of Tunnel D was a complex multi-contractor, multi-stage process, requiring the reconfiguration of five tracks and four stages of new construction over a seven-year period, but it finally came together on a cold and blustery November Friday. The completion of the tunnel was enabled by predecessor work, which included reconfiguring the Amtrak catenary system, installing new train bridges at 43rd Street and 48th Street in Queens, and boring the new tunnel utilizing a tunnel boring machine launch pit at Northern Boulevard near the 39th Street Bridge. Beginning in spring of next year, track connecting Queens with Manhattan will be installed. 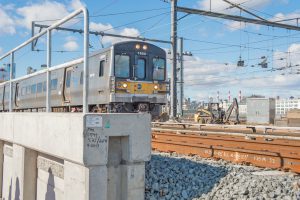 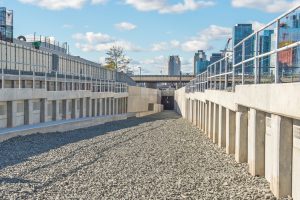 When completed, East Side Access will serve approximately 162,000 customers a day, providing them with a faster and easier commute from Long Island and Queens to the east side of Manhattan in a new eight-track terminal and concourse below Grand Central Terminal. For more information and construction photos, please visit East Side Access project page on AModernLI.com.