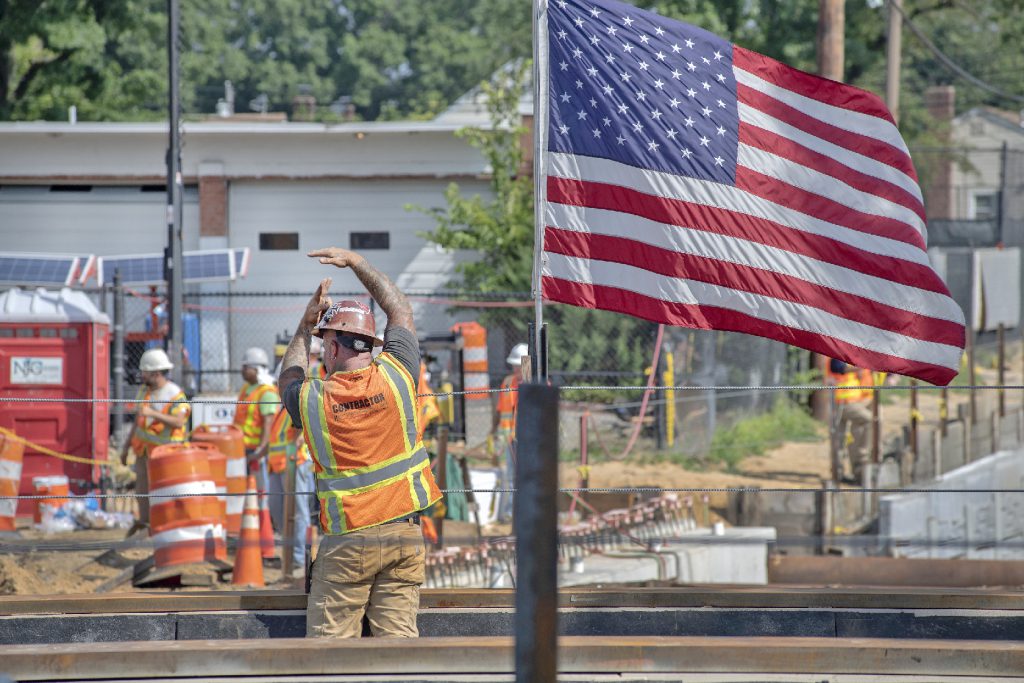 Crews worked around-the-clock through a heatwave from Friday evening until the early morning hours Monday — keeping the LIRR Expansion Project itself on time and on budget.

The Urban Avenue project is so unusual because of the manner of construction: instead of building a bridge over the crossing, engineers created an underpass for vehicular traffic and built out the concrete retaining walls. Then they disassembled the LIRR Main Line tracks, slid a prefabricated bridge into place, and reconnected the railway tracks across the new overpass. With the bridge itself prefabricated offsite and rolled into place, the entire operation was carried out in a single weekend. 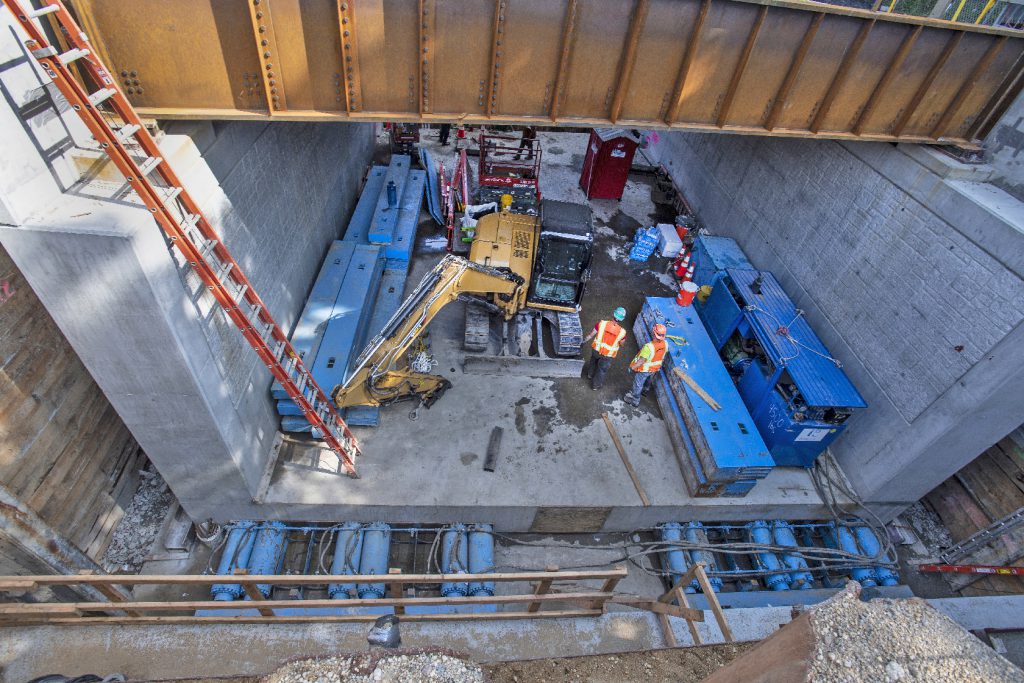 “In addition to safety, separating the LIRR grade crossings has environmental benefits for local communities,” says Mark Roche, senior director for Alternative Project Delivery. “It eliminates noise from signals and train horns and reduces the emissions from idling cars.”

The work, completed over a single weekend, moved like clockwork. After disconnecting the existing two tracks, crews excavated 2,700 cubic yards of material underneath. 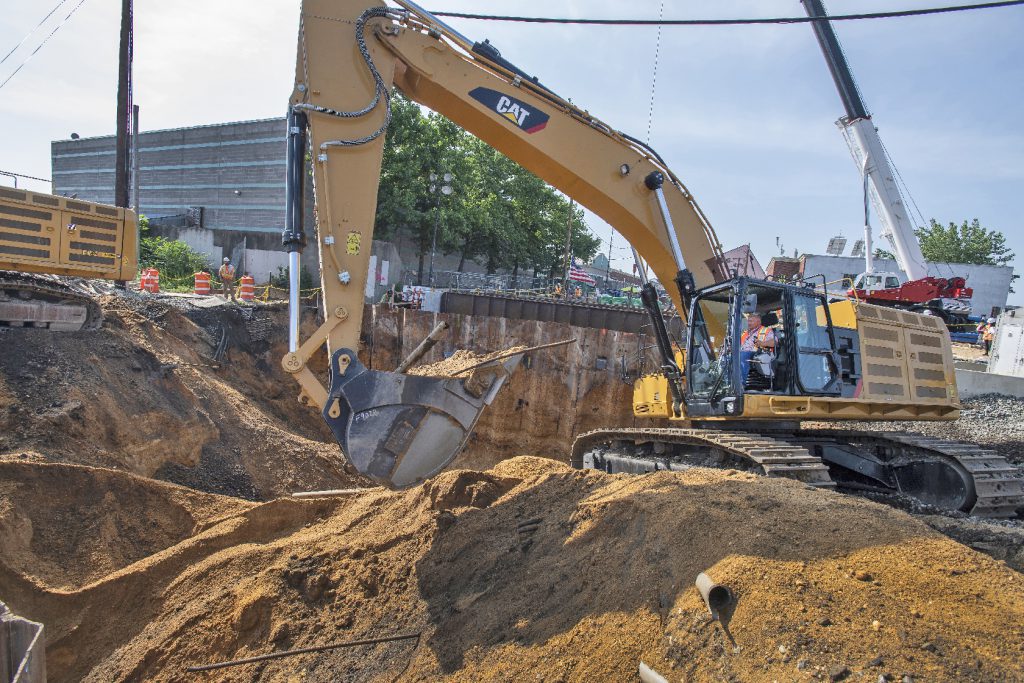 The prefabricated bridge — which includes room for a third track to accommodate the railroad expansion project — includes 160 tons of steel superstructure and track and was mechanically shouldered into place. 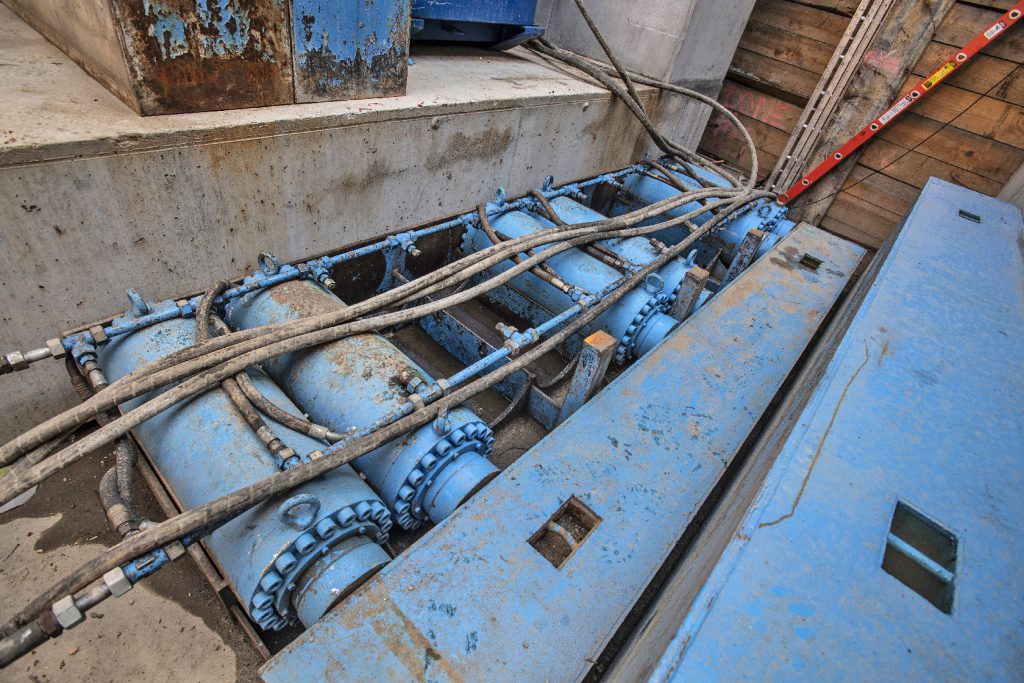 Moving the massive structure required a system of 18 powerful jacks. Each jack has a 200-ton capacity, for a total force of 3,600 tons – twice the force needed to move the bridge. 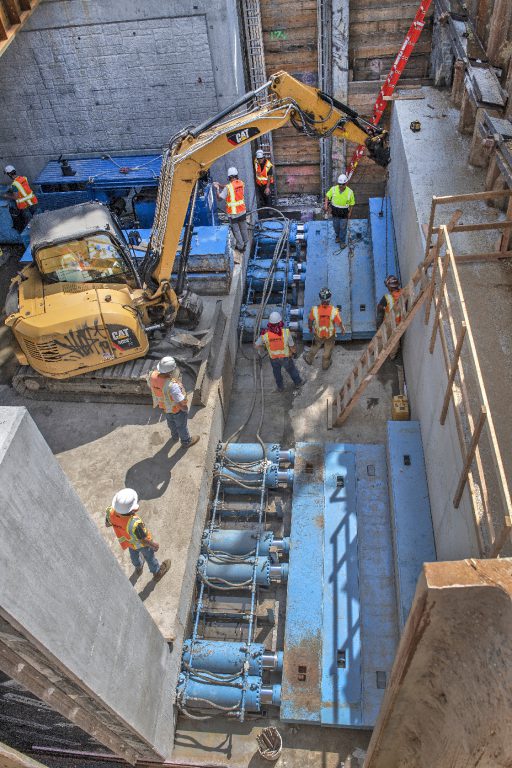 With each stroke, the jacking system pushed the bridge 20 inches. It took 36 resets and shoves to maneuver the bridge 60 feet into its final position. With the overpass in place, crews reconnected the tracks. 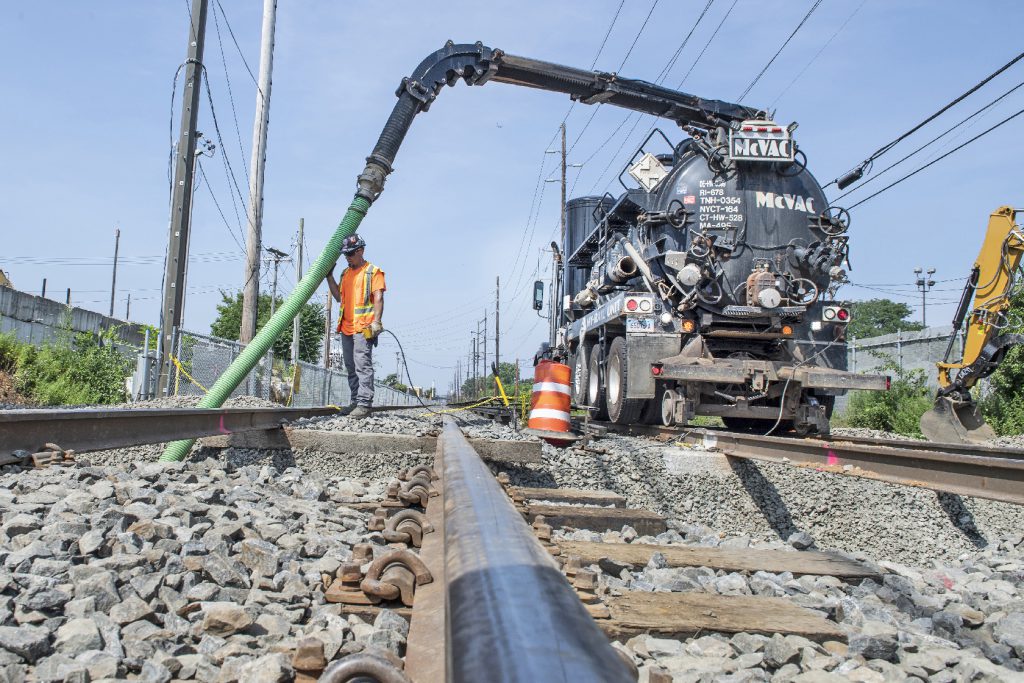 The line went back into service the very next day, July 22nd, for the Monday morning commuting rush. The new Urban Ave Bridge now carries some 107,000 customers on 250 LIRR trains per day.

The LIRR Expansion Project is part of a multibillion-dollar modernization of the Long Island Rail Road, the largest investment the railroad has received in decades. Once the work is complete, the LIRR will have increased its capacity by roughly 50 percent. Together, the upgrades will help transform transportation across the region and provide a reliable, state-of-the-art rail system for Long Islanders. For more information about the LIRR Expansion Project, please visit the project page on AModernLI.com – http://www.amodernli.com/project/thirdtrack/.