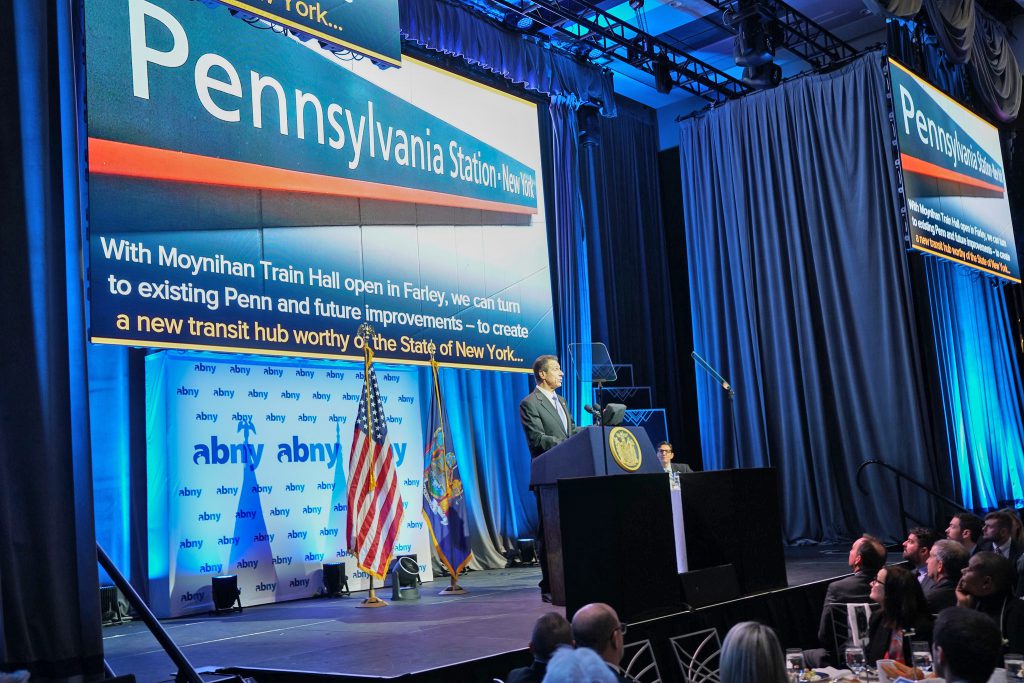 Exciting news for New Yorkers and visitors to the Empire State! Governor Andrew M. Cuomo has unveiled the 30th proposal of his 2020 State of the State: creating the Empire Station Complex – a 21st century transit complex on Manhattan’s West Side. During a speech at the Association for a Better New York earlier this week, the Governor announced the plan to transform the existing Penn Station site, integrate the soon-to-be completed Moynihan Train Hall, and acquire the block south of Penn Station to create an expanded, remodeled and interconnected train and subway complex. The plan creates new, larger terminals, and will increase track and train capacity by 40% – addressing the underlying and most critical problem at the busiest transit hub in the Western Hemisphere. You can watch the proposal of the 2020 State of the State here. 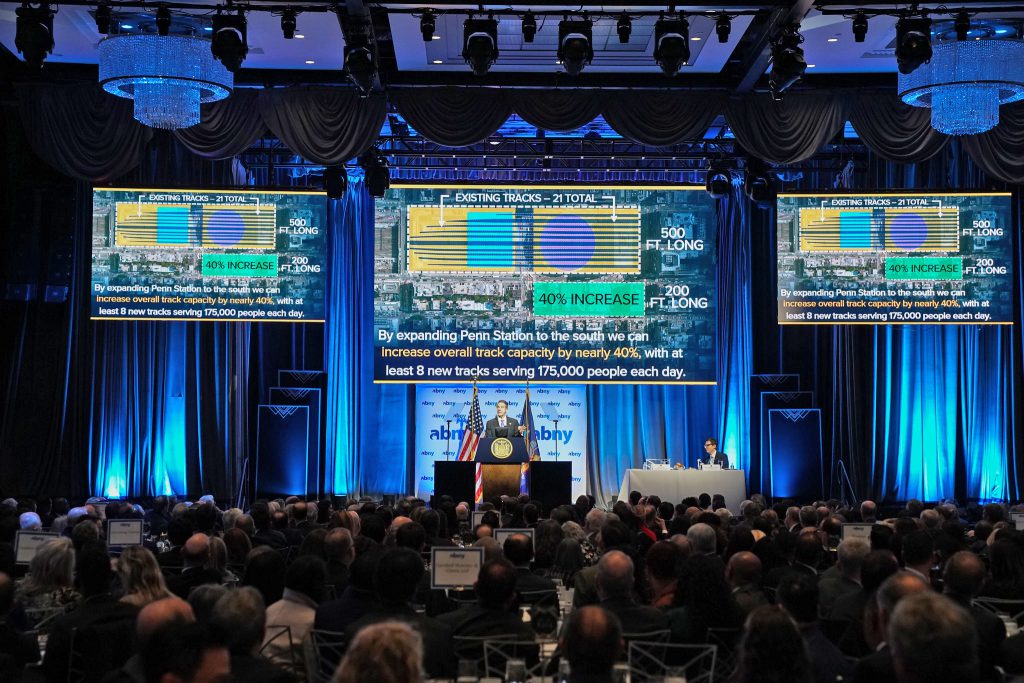 “For over a century, New York’s transportation infrastructure drove our growth, especially in New York City, and after decades of idle talk without any real action, we are once again investing in large public projects to support a stronger economy. We’ve built more than any state in the nation, and now we are taking another big step to address one of the weakest links in our transit system,” Governor Cuomo said during his address. “This expansion in the block south of Penn — combined with the soon-to-be-completed Moynihan Train Hall and the transformation of the existing Penn facility — will create an interconnected, world-class Empire Station Complex that will expand capacity by 40 percent. This will improve how more than half a million New Yorkers commute, travel and work every day, while transforming Penn into the world-class facility the Empire State deserves.”

Immediate improvements are already underway, including the new Moynihan Train Hall and an expanded LIRR corridor, which will ease congestion in the short term and enhance the passenger experience. At the same time, regionally significant projects like East Side Access, the LIRR Expansion Project and the Metro-North Penn Access Project will increase LIRR and Metro North capacity, drawing more commuters into Penn Station. Taken together, these initiatives present both a critical need and a major opportunity to re-envision Penn Station on a grand scale.

The plan will be overseen by Empire State Development, which will establish a General Project Plan in collaboration with the MTA and Amtrak. MTA will be responsible for the transportation planning components of the project, and the East End Gateway and LIRR Concourse project is currently underway. The project will focus on improving access along the 33rd Street Corridor and 7th Avenue entrance and includes a dramatic new entrance pavilion that will introduce natural light into the station environment. The new entrance, with views of the iconic Empire State Building, will provide much-needed direct access to the Long Island Rail Road Main Concourse and the New York City Subway. The project will eliminate congestion by doubling customer access and egress capacity to the LIRR level, enhancing safety and security for passengers. For more information and construction photos, please visit the East End Gateway and LIRR Concourse project page on AModernLI.com.