Precast Concrete Pedestrian Underpass to be Installed this Weekend 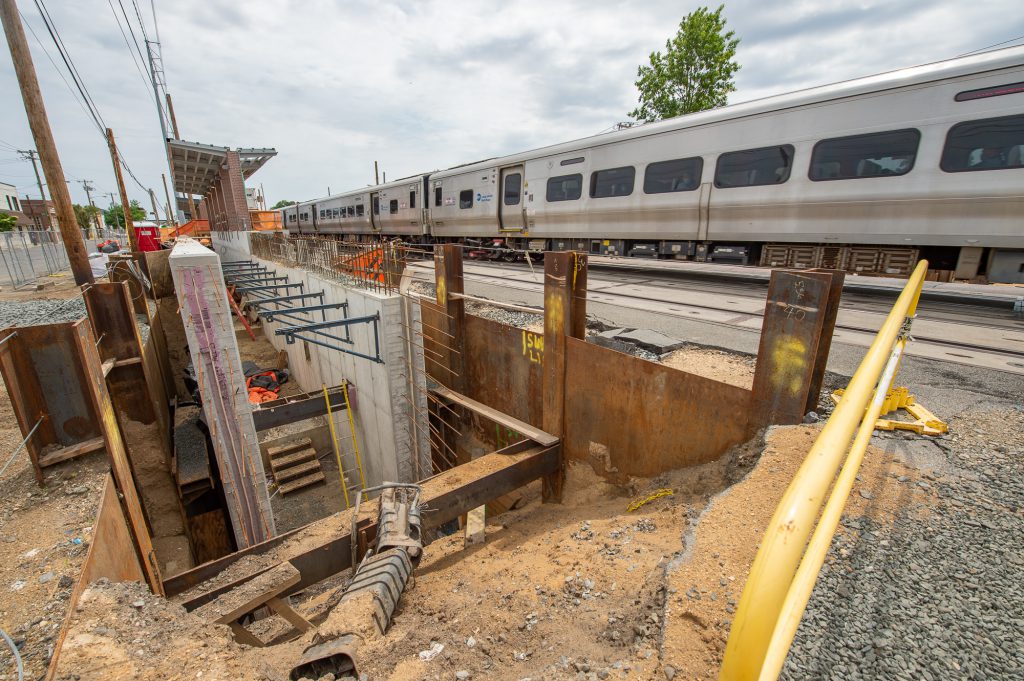 As one of the eight grade crossings eliminated as part of the LIRR Expansion Project, the S. 12th Street crossing in New Hyde Park has some unique characteristics. First, along with Main Street in Mineola, it is one of only two crossings that was dead ended. Second, and more importantly, MTA Construction & Development will install a pedestrian underpass on the weekend of June 12th – the only eliminated grade crossing with this feature. 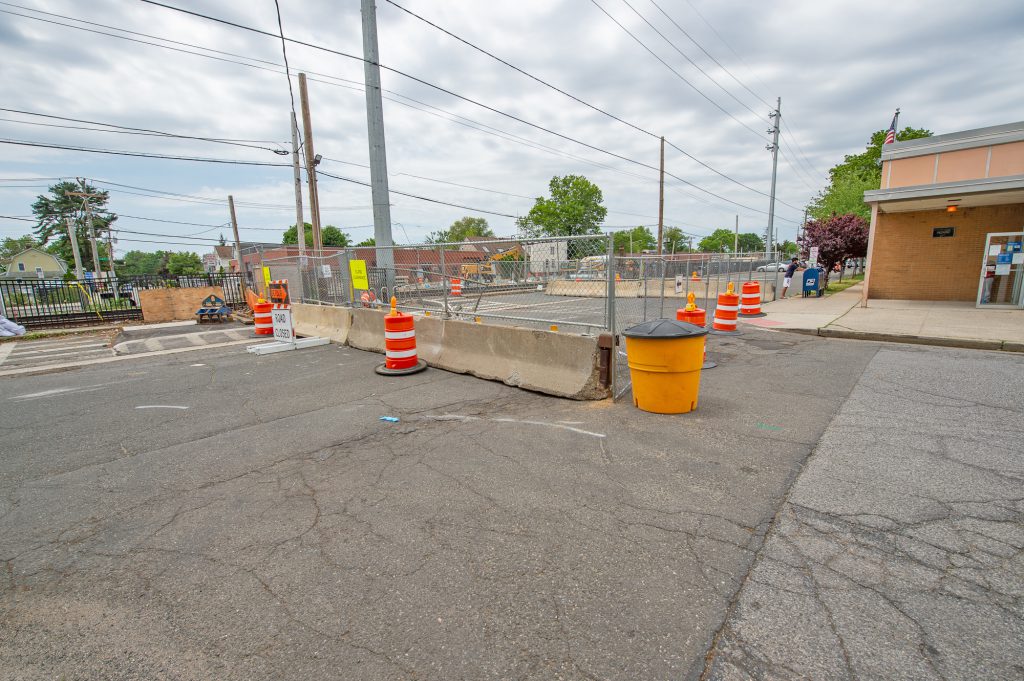 The S. 12th Street crossing was used by hundreds of LIRR customers to traverse the tracks, prior to it being closed. Without it, customers would be forced to walk east to the recently installed New Hyde Park Road underpass or west to Covert Avenue – quiet a long distance for those looking to get home or to work.

The crossing was closed in the fall of 2020, following the installation of support of excavation (SOE) walls. Signal modifications were made this past winter, and this weekend will mark another important milestone with the setting of the precast pedestrian passageway. Completion of the project is scheduled for the fall of 2021. 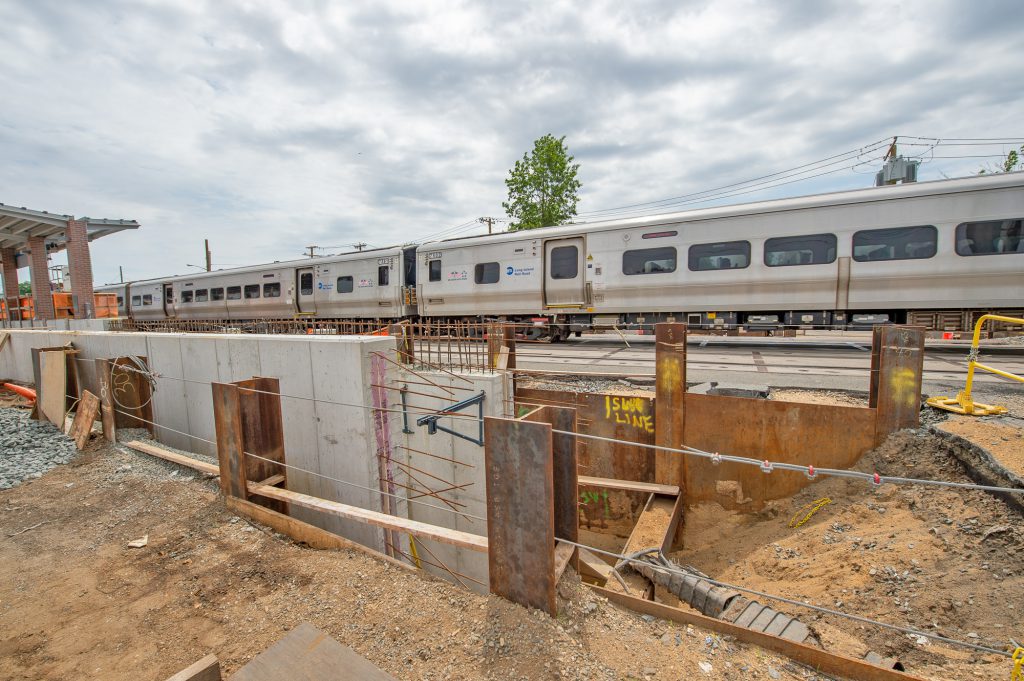 Two additional railroad bridge installations will take place this summer, both on Willis Avenue. During the weekend of June 26th, the bridge for the Oyster Bay branch over the roadway will be pushed into place, followed by the bridge for the Main Line during the weekend of July 10th. Underpasses already have been installed at Covert Avenue in Floral Park, New Hyde Park Road on the Garden City/New Hyde Park border, School Street in Westbury and Urban Avenue in New Castle.

Elimination of the grade crossings benefit the communities along the 10-mile long Main Line corridor in a number of ways. First and foremost, they eliminate the possibility of trains striking vehicles. They also eliminate the sounding of train horns and crossing gate bells. Additionally, the elimination of the eight grade crossings significantly reduces traffic backups, as crossing gates were in the down position half the time or more during rush hours. This also results in cleaner air for the adjacent communities.