For the first time in almost half a century, the LIRR will build a brand new, full-time station. The new Elmont Station will be part of the $1.26 billion Belmont Park Redevelopment Project, which also includes a new 19,000-seat arena, hotel and retail village. The arena will be the new home of the New York Islanders and will also host concerts and other events. The design-build project is expected to generate nearly $50 million in new public revenue per year and produce $725 million in annual economic output.

The new train station will be located between the Queens Village and Bellerose stations on the LIRR’s Main Line, straddling the Cross Island Parkway. Electric shuttle buses – which are already planned to run from parking lots within Belmont Park to the arena site – will also serve LIRR riders traveling to the grandstand and planned arena, hotel and retail village. The new full-time station will relieve pressure on the existing Belmont spur station during major events like the Belmont Stakes and will provide critically needed redundancy if there is a service disruption to the spur.

The new Elmont Station will provide direct service to Belmont Park from both the east and west, as opposed to the LIRR spur, which can only provide westbound service. Now, travelers who live east of Belmont on the Hempstead, Oyster Bay, Port Jefferson and Ronkonkoma branches will have a one-seat public transit ride straight to Belmont Park. This will reduce travel times and is expected to increase the number of event attendees who use public transportation rather than driving, reducing congestion.

In addition to providing a regular, full-time public transit option to and from Belmont Park and the new arena, hotel and retail village, the new train station will also serve as an additional commuting option for area residents – something the community has needed for years. The station is expected to receive service approximately every half hour during peak times and hourly during off-peak periods. The parking lot north of the Belmont race track, which has 2,860 spaces, will be shared by commuters and arena patrons.

Previously-agreed-to upgrades to the existing LIRR Belmont spur, including the installation of automated track switches, are still included in the project. These upgrades will allow trains leaving the spur after an event to serve stations both east and west of Belmont – providing another post-event public transit option for attendees.

Constructing the new full-time station on the LIRR’s Main Line and upgrading the existing spur is estimated to cost $105 million. The arena developers will cover $97 million – 92 percent of the total cost – and the State will invest $8 million.

The new Elmont Station is part of a broader LIRR initiative to enhance the quality of life for New Yorkers, revitalize the communities and strengthen the overall economy of Long Island and the wider region.

MTA Construction & Development has begun work on the substructure for the new Elmont station, the first new full-time LIRR Station to be built in more than four decades. A laydown area has been established on the north side of
Local Officials Briefed on Elmont Station Construction as Work Gears Up

The MTA and LIRR recently briefed local officials from the Town of Hempstead, Village of Floral Park and the Floral Park-Bellerose School District and Board of Education on the Elmont station project. MTA Construction & Development’s Deputy Project Executive Tom
Construction of First New LIRR Station in a Half Century to Start at Elmont

The Elmont station project, the first new full-time LIRR station to be built since the Southhampton Campus station in 1976 and that will serve the Belmont Park Redevelopment Project, is moving ahead. In addition to serving Belmont Park racetrack and 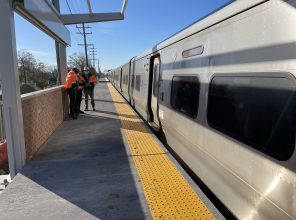 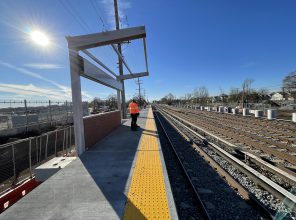 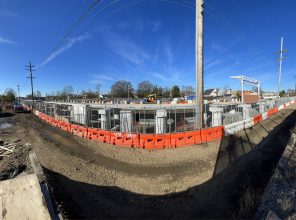 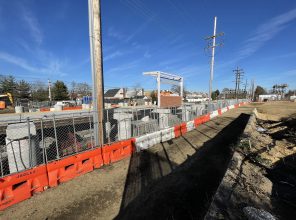 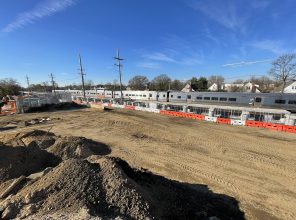 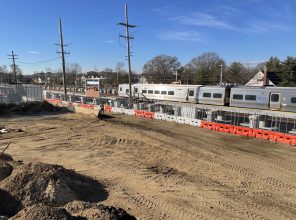 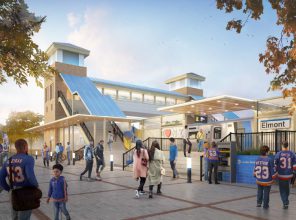 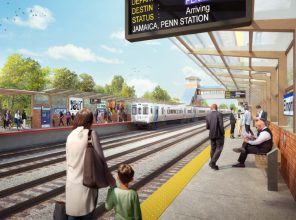