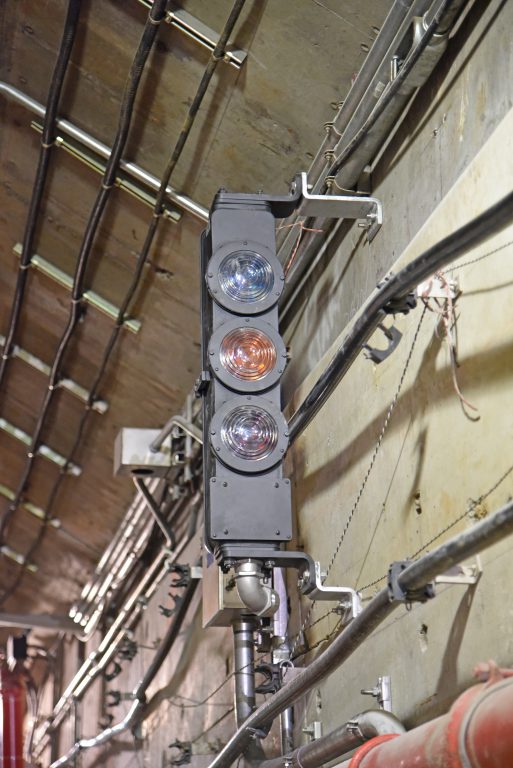 Signaling hardware installation in the tunnels being constructed for East Side Access has now begun – the first signal head and signal case mock-up is being installed in the 63rd Street tunnel that will connect LIRR trains traveling to and from Manhattan with Queens. The signal head is fully installed, and the wiring is being completed on the signal case for the communication of information between LIRR trains, the Train Operation Center (TOC) and the main LIRR operating center in Jamaica: the TOC, where all train operations are under 24-7 supervision, will be in the new LIRR terminal in Grand Central Station. 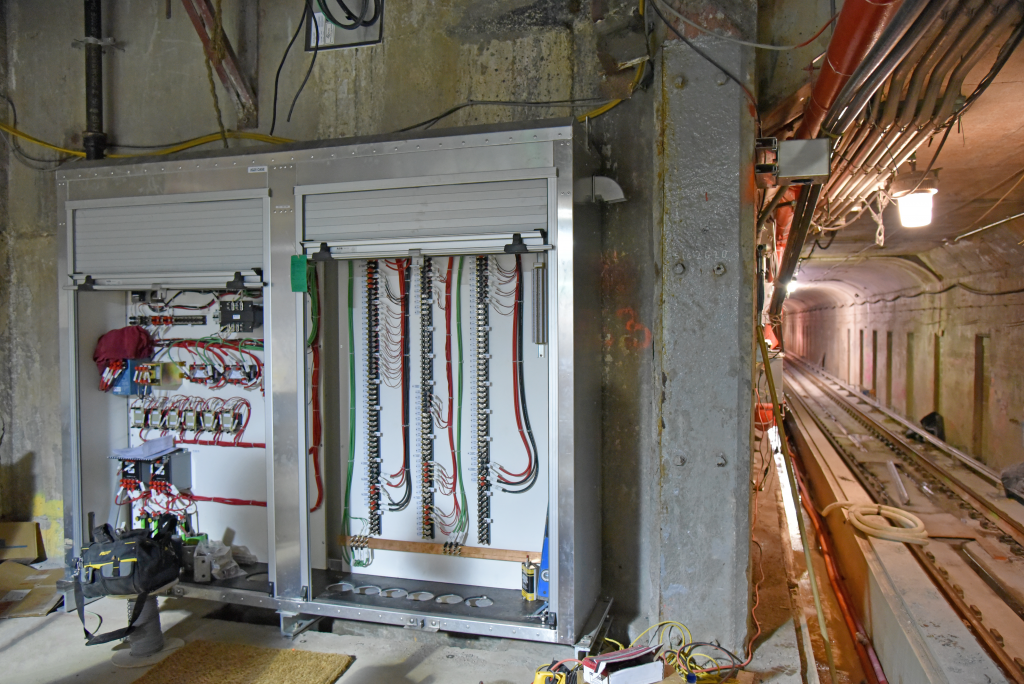 Congress passed the Rail Safety Improvement Act in 2008. This act requires all passenger trains to implement Positive Train Control (PTC) technology by December 2020. PTC is a system for managing trains that allows for better communication, control, and command of their movements and whereabouts. As a train protection system, PTC allows trains to communicate with trackside hardware and stops them from potentially unsafe or dangerous situations. The trains are brought to a controlled stop via the signaling hardware, which triggers the trains’ brakes when necessary; warning of speed limits or hazardous track conditions is also provided to locomotive engineers. 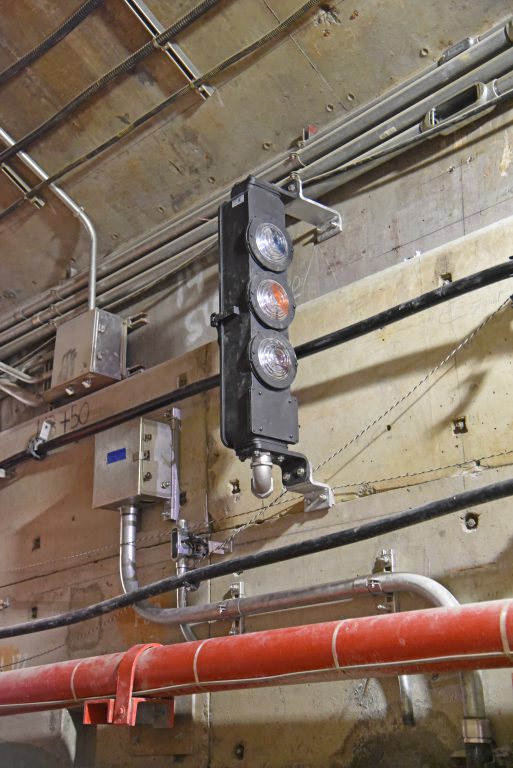 Updates to all LIRR tracks and systems are currently underway for the PTC upgrade. These updates include supplementing the current systems, which have elements of PTC, with an Advanced Civil Speed Enforcement System (ACSES). Transponders, devices installed in the tracks that receive and transmit radio signals, are part of the supplemental system to relay the train’s location and direction of travel to operation centers. The trains receive information including distance to the next set of transponders, transponder identification, and speed restrictions.

Once fully implemented, PTC will prevent any train-to-train collisions and excessive train speed derailments. Additionally, there will be no unauthorized operation of trains onto tracks with work being conducted. The resulting reduction in interruptions will allow work on the tracks to be completed at a faster rate and with increased safety. Trains will avoid going over improperly aligned switches, which reduces improper and unsafe train movements. If you’d like to learn more about PTC communications, please refer to the graphic below. 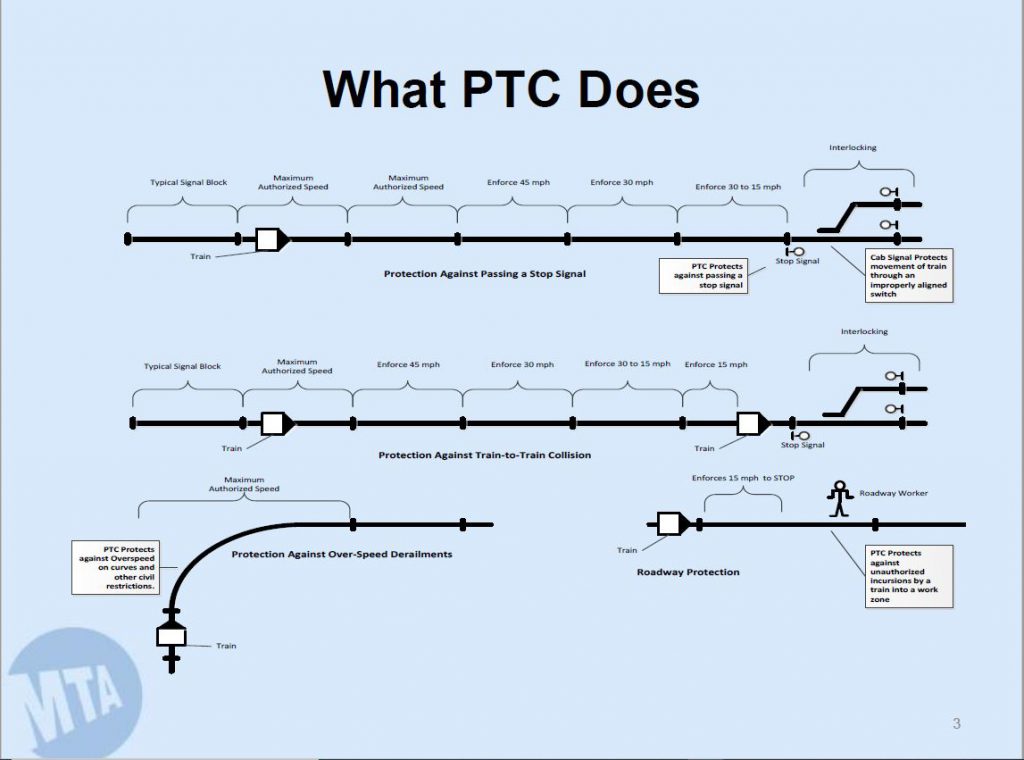