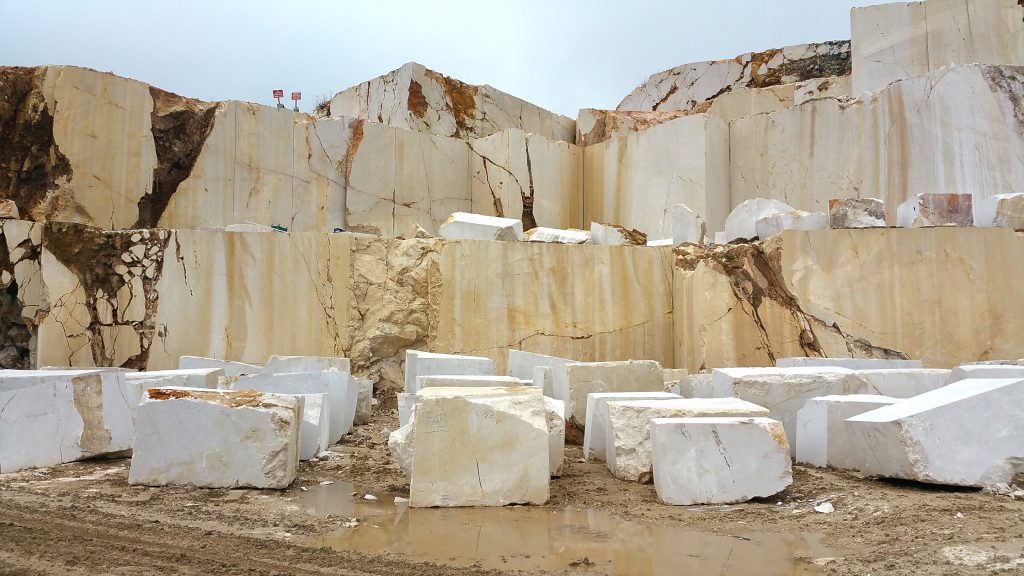 The original plan for the future LIRR passenger concourse included the same Botticino marble you see throughout Grand Central Terminal (GCT), but before the design of the concourse was finalized the project management team took a closer look at the stone choices for the concourse and decided the new concourse should be a modern representation of Grand Central Terminal, rather than just an extension of it. After examining several different stones, it was decided “new white pearl” would be a terrific compliment to the Botticino style in GCT. The two marbles exhibit similar blotching and veining, and the new white pearl can even be considered a “modern Botticino.”

This marble isn’t mined – it’s cut from both sides of the mountain. Crews start at the top and core drill down to determine if they should quarry the marble below. 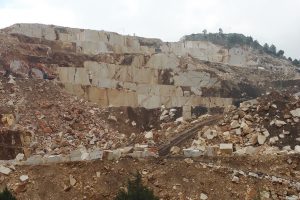 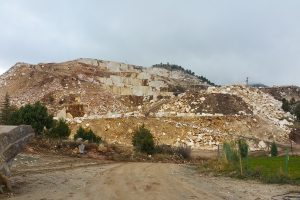 Once quality marble is discovered, a diamond wire is used to cut the marble out of the mountain – this process takes approximately eight hours, as the marble is pushed away from the mountainside; the crevice is filled in with boulders until an entire slab of marble is removed. 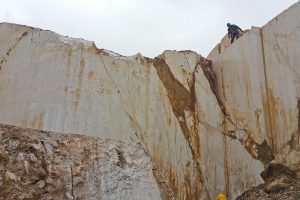 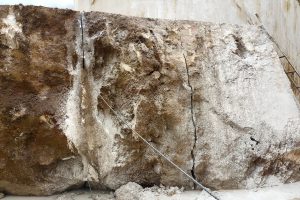 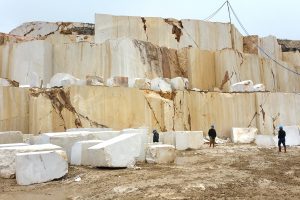 The marble slab is then cut into manageable piece and trucked to a fabrication plant, where it is cut into smaller slabs and finished. 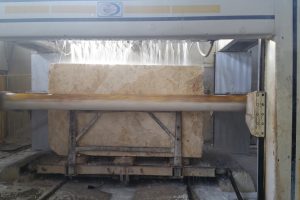 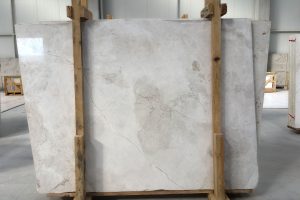 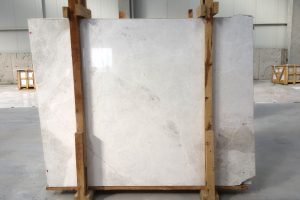 East Side Access is one of the largest transportation infrastructure projects currently underway in the United States. It will provide new, direct LIRR service into a new concourse below Grand Central Terminal on Manhattan’s East Side, reducing commutes into Manhattan by up to 40 minutes. The project encompasses work in multiple locations throughout Manhattan and Queens and includes more than eight miles of tunneling.